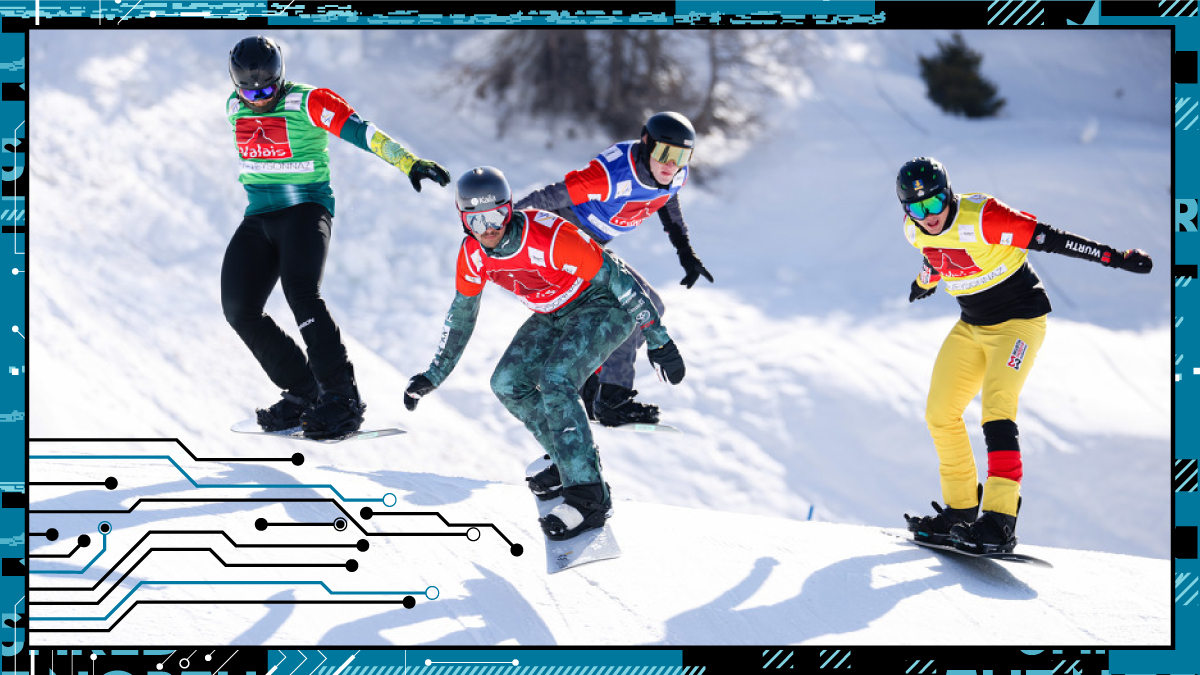 The Bataille Royale event will take place from February 4-5, 2023

Today at Mont-Sainte-Anne Ski Resort in Québec, a partnership between the Resort and Canada Snowboard was announced. Mont-Sainte-Anne will have the honour of hosting the Snowboard Cross FIS World Cup which is the most decorated Olympic snowboard discipline for Canada.  The event, called Bataille Royale, is part of the Shred the North Series of World Cups produced by Canada Snowboard for the 2022-2023 season. Bataille Royale will take place over two days, February 4-5.

The event will feature two starts, an individual World Cup and a team World Cup. The best snowboarders from around the world will be there attempting to beat the Canadians, fresh off the back of the Olympic podium. Over 80 international athletes are expected to attend in February.

Snowboard Cross is the most physical discipline in snowboarding, where falls are common and only the fastest and most fearless cross the line first. For spectators, it is the easiest snowboarding discipline to follow because it is short and fast - entertainment is guaranteed. Quebecers will have the chance to watch this colourful show from the spectator zone in the finish area for free.

The Snowboard Cross World Cup is part of the Shred the North 2022-2023 World Cup Series. Each stop represents a snowboarding discipline, with Slopestyle, Halfpipe and Big Air presented in Alberta, Alpine presented in Ontario, and Para-Snowboard presented in British Columbia.

With this series of World Cups, Canada becomes the first country to host six World Cups in six different disciplines in the same season, confirming Canada Snowboard's leadership position on the international scene.

"Canada Snowboard and I are very excited to come to Quebec and Mont-Sainte-Anne to host a Snowboard Cross World Cup event in February 2023.  We are extremely fortunate to have such a beautiful region to host the World Cup and this is possible thanks to our partners: the FIS, Government of Canada, Government of Quebec, the City of Quebec and surrounding areas, and Mont-Sainte-Anne, not to mention our great sponsors. Hosting this World Cup in Quebec will allow our national team to perform on home turf, as well as provide a training facility for our developing athletes. We are grateful to have such a strong relationship with our partners at Quebec Snowboard and look forward to collaborating and executing this amazing event together and seeing shared success for all our athletes and partners," said Dustin Heise, CEO of Canada Snowboard with pride.

“It’s exciting to know that the best snowboarders in the world will meet in 2023 at the Snowboard Cross World Cup! This sport event will allow our athletes to shine on the international stage, right here on Canadian soil. Congratulations to everyone taking part in the organization and planning of this major competition that will give spectators the chance to see some breathtaking performances,” said the Honourable Pascale St-Onge, Minister of Sport and Minister responsible for the Economic Development Agency for the Regions of Quebec.

The decision to hold the SBX World Cup at Mont-Sainte-Anne is a perfect fit. Quebec is a powerhouse in SBX with four of the seven Olympic medals won in the last five Olympic Games. Dominique Maltais led the way with a bronze medal in Turin in 2006 and a silver medal in Sochi in 2014. Éliot Grondin is now the rising star of the sport. He won the World Junior title in 2022 and confirmed his status almost immediately with a silver and bronze double at the 2022 Beijing Olympics. Mont-Sainte-Anne is the ultimate playground for the sport and the perfect place to celebrate it.

"We are very proud and excited to partner with Canada Snowboard and host a World Cup stop next winter at Mont-Sainte-Anne, with the best Canadian and international athletes. This event is part of our mission to support our SBX athletes, as well as our quest to raise awareness and inspire our youth, while offering a world-class experience," said Maxime Cretin, Vice President and General Manager, Eastern Region – Mont-Sainte-Anne.

“The Quebec region has positioned itself internationally as a destination of choice for sporting events, and hosting the Battle Royale Snowboard Cross World Cup proves this very well. It is with great pleasure that we see this event take place here, in 2023, as we were able to count on several ambassadors of this sport, including Eliot Grondin and Dominique Maltais, who knew how to promote the destination internationally by their many exploits. This demonstrates beyond any doubt that Quebec region is a veritable playground for winter sports enthusiasts,” explained Robert Mercure, General Manager of Destination Québec cité.

A first World Cup at home

Quebec athletes are looking forward to this event in Quebec, which will be, for many of them, the first opportunity to participate in an international competition at home.

"It is very exciting, not only to have a World Cup in Canada, but also to have it here in Quebec! I will be lucky to have all my family and friends with me! It's not too far from my home and I spend a lot of time at Mont-Sainte-Anne when I'm in Quebec. Having the chance to compete in my part of the country is really cool. Having a World Cup here is also great for the sport. We had one in the past in addition to the World Championships in 2013, and it was a shame that it disappeared for a few years. So having one in Quebec for Canada will be great. It's also great for all the young racers because it's a source of motivation and inspiration to keep going," said double Olympic medalist Eliot Grondin.

"I am very happy to have a World Cup at home! All my family will be able to come and see me, which is extremely rare. The last time was in 2015 when I was still competing in Slopestyle and the crowd was amazing! We rarely have fans since most of our races are in Europe. I would like to do well knowing that the fans are there specifically for us! It will probably be stressful, but at the same time exciting and a good motivation to do our best! It's also cool for the kids who will have the chance to not only watch the competition there, but also try out a World Cup course," added Audrey McManiman, a member of the SBX National Team and native of Quebec.

After a top-notch Olympic performance in SBX and with home-court advantage, expectations are high for the individual SBX, as well as the team SBX at Mont-Sainte-Anne.

"We are very happy to be back on the World Cup calendar this winter with a stop at Mont-Sainte-Anne. The Canadian stages of the World Cup are always a highlight of the calendar for all nations, as we have always had fun and challenging SBX courses. In addition to the incredible cultural experience, being back in Quebec on Canadian soil will make it a winning experience for everyone. Our last visit to Quebec was in 2013 for the World Championships, where I met Eliot Grondin for the first time. I am looking forward to seeing the new group of young Canadian talent who will no doubt be inspired by our National Team riders and will be an integral part of the week supporting the event and learning about the ups and downs of the World Cup circuit," added Maëlle Ricker, Vancouver 2010 Olympic Gold Medalist and Canadian SBX National Team Head Coach.

A showcase for the next generation at Mont Sainte-Anne

Hosting the SBX event at Mont Sainte-Anne will be an incredible window for the sport and will allow young hopefuls to compete on an elite course at Mont-Sainte-Anne. This event will provide valuable training experience paving the way for the next generation of Canadian Olympians.

"It is with great pride that we welcome this World Cup home and offer an international event to the Quebec snowboarding community. It is an incredible opportunity to see our local athletes compete here and who knows, they may win the big honours in front of our eyes," said Guy Poupart, President of Quebec Snowboard.

Further details, including detailed schedules and additional competition elements, will be announced throughout the summer and fall on the Shred the North Series website and social media.

Partners to identify (optional but appreciated)