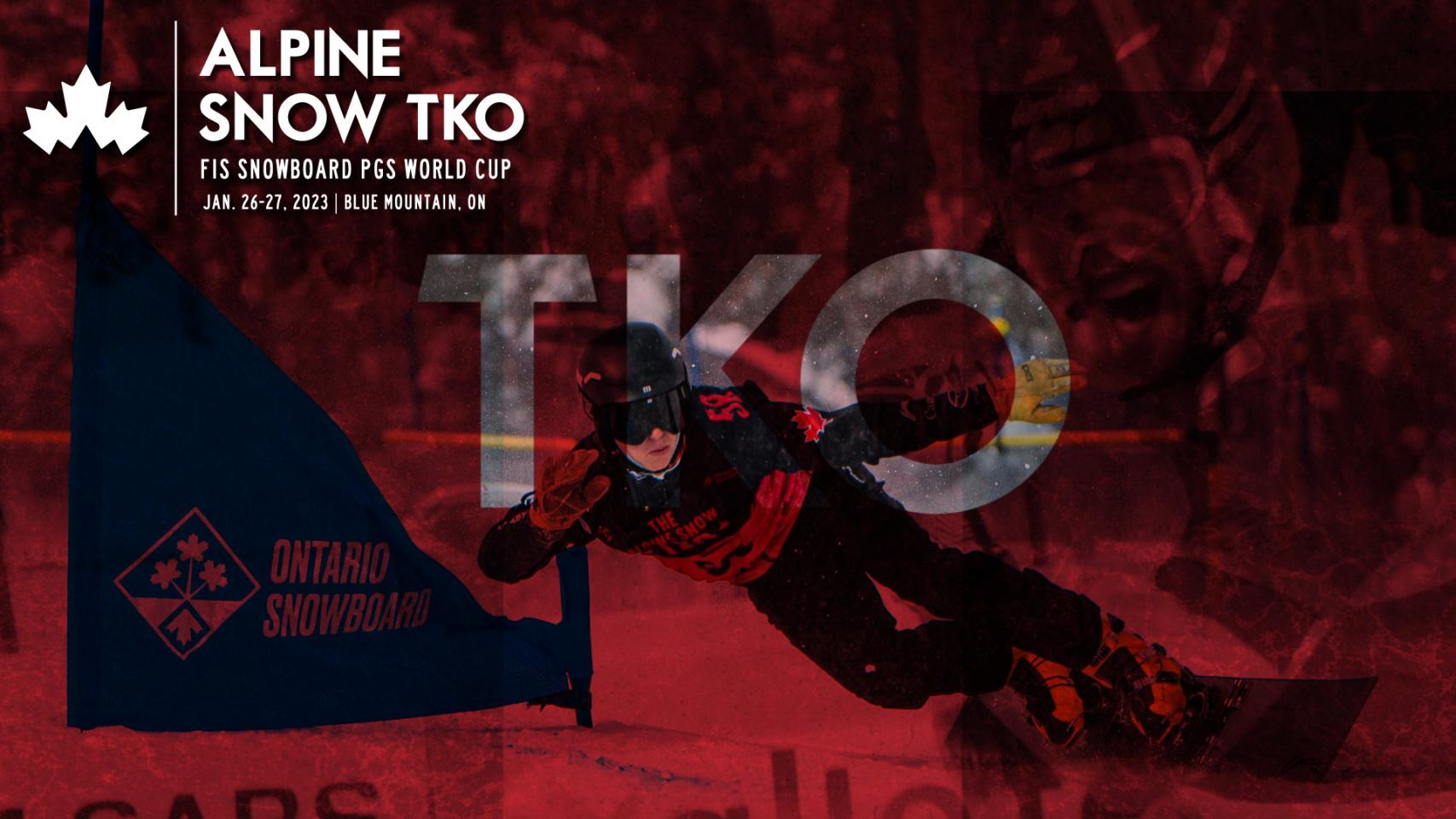 The Alpine Snow TKO World Cup is fast approaching and the Canadian Alpine Snowboarding Team is ready to take the competition by storm! This diverse group of athletes is composed of some of the most skilled, determined and talented snowboarders in the country, and they are ready to show the world what they are made of. From seasoned veterans to up-and-coming stars, the Canadians are a force to be reckoned with. They have been training tirelessly and pushing themselves to new limits in order to be at their best for the World Cup, and they’re eager to take on the competition and show the world their skills, determination and teamwork.

In this blog, we will take a closer look at the Canadian alpine snowboarding team, their training and preparation for the World Cup, as well as their chances of success at the Alpine Snow TKO. This year's event is going to be one to remember, and the Canadian Alpine Snowboarding Team is poised to make a major impact! 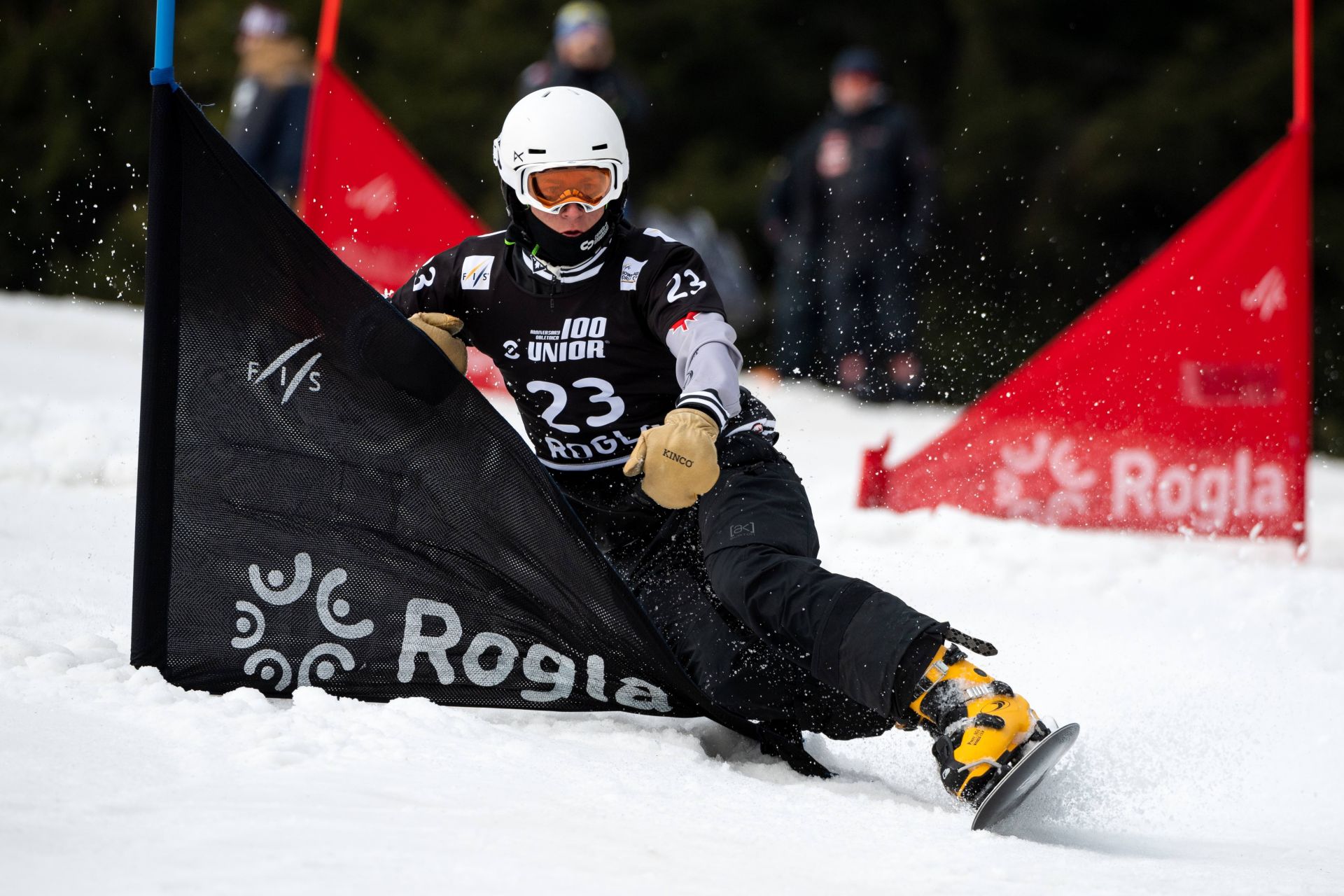 Heldman's passion for snowboarding started at a young age, and he was quickly drawn to the sport's fast-paced and adrenaline-fueled nature. He began competing in local events and quickly moved on to national competitions. Through hard work and dedication, he quickly climbed the ranks and made it onto the Canadian National Snowboarding Team.

“I love the speed, competitiveness and commitment it takes. There is always room to improve and be faster so it keeps me very busy year round.”

Determined to keep up with her older siblings, Megan Farrell started shredding as soon as she could walk. She’s been crushing competitions ever since. Farrell is also one of the few Canadian alpine snowboard athletes to balance competition and university—finishing her degree on the Queen’s University Honour Roll no less.

Farrell made her Olympic debut at Beijing 2022 where she advanced to the knockout bracket. She placed 12th overall, ranking her as the top Canadian in PGS at the Games. A few weeks later, she earned her first career World Cup podium as she claimed PSL silver at the final stop of the season in Berchtesgaden, Germany.

This year, Megan secured a podium spot at the Snowboard World Cup in Cortina d'Ampezzo, ITA, grabbing the bronze medal in the women's PGS event. The 30-year-old Richmond Hill, ON native posted a time of 01:20.39 to edge Lucia Dalmasso of Italy in the Small Final. It was the first PGS WC podium for the Alpine team since 2018, and the first female PGS WC podium since 2014.

“Snowboarding is about the connection between you and the snow. There is no better feeling of a clean carve and using your momentum to propel yourself down the hill.” - Megan Farrell 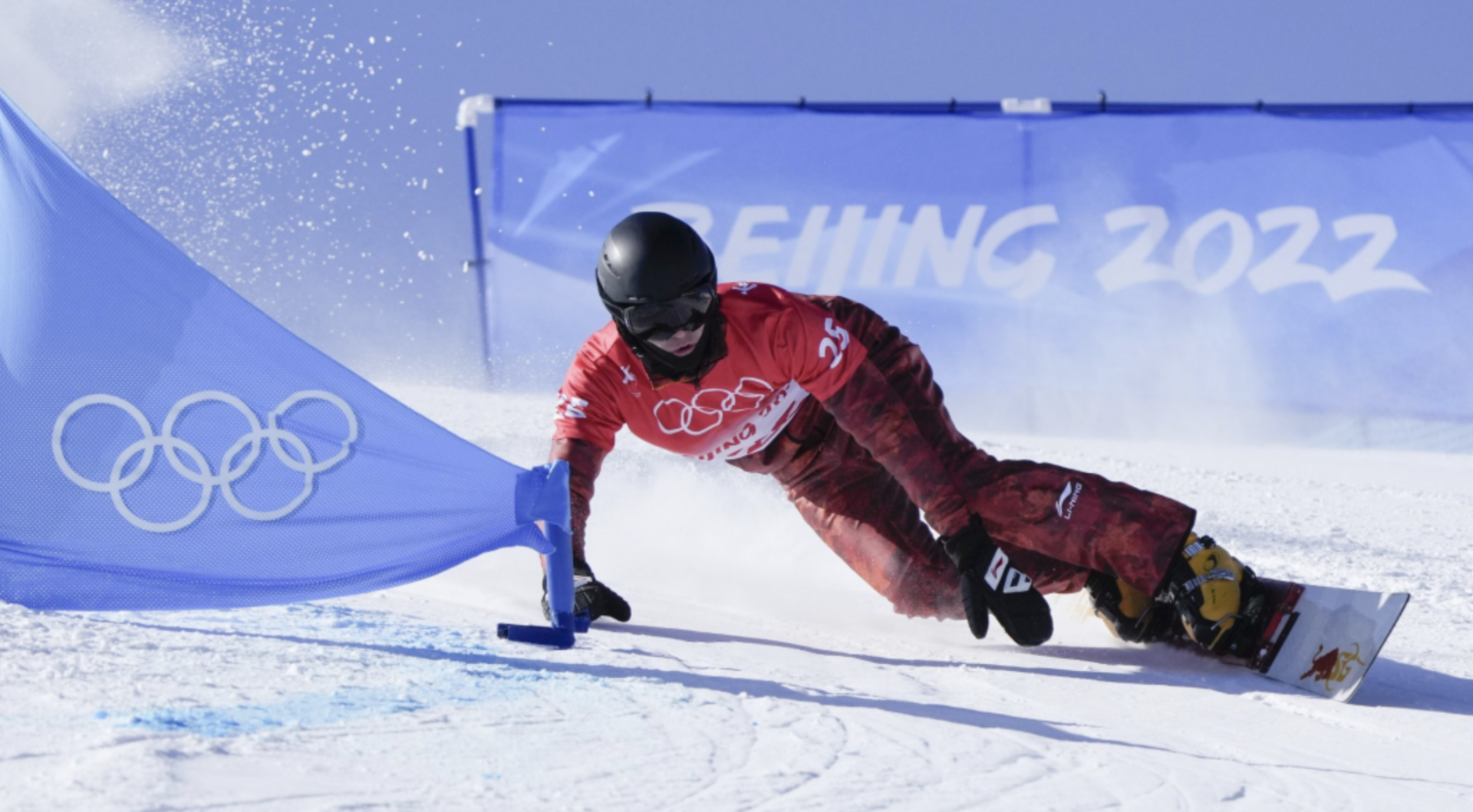 Arnaud learned to snowboard at age 3 in Mont Tremblant with his dad, Patrik and brothers, Émile and Henri. At only 20 years old, Arnaud is a 3 time Overall NorAm Champion. Arnaud Gaudet won the bronze medal in PGS at the 2020 FIS Junior World Championships. In 2021, he was the top male Canadian finisher in both the PGS and PSL at the FIS World Championships.

Gaudet won three straight overall parallel snowboard titles on the Nor-Am Cup circuit from 2018 to 2020. He started competing on the Nor-Am circuit during the 2015-16 season and earned his first victory at the start of the following season. In his first title-winning season, he reached the podium in the first five events. In 2018-19, he didn’t miss a single Nor-Am Cup podium in eight races. He recorded five victories in 2019-20.

Gaudet competed in his first World Cup event in the second half of the 2016-17 season. He recorded his career best result in January 2021 when he finished sixth in a PSL race in Moscow. Gaudet has also competed in European Cup events, earning his first podium in Davos, Switzerland in January 2021 when he finished third in PSL. After making his Olympic debut at Beijing 2022, Gaudet capped the season by winning another overall Nor-Am Cup title. He earned four more victories to bring his career total to sixteen.

Throughout his racing career, Gaudet has competed in four Junior World Championships. In 2019, he finished fifth in both PGS and PSL. 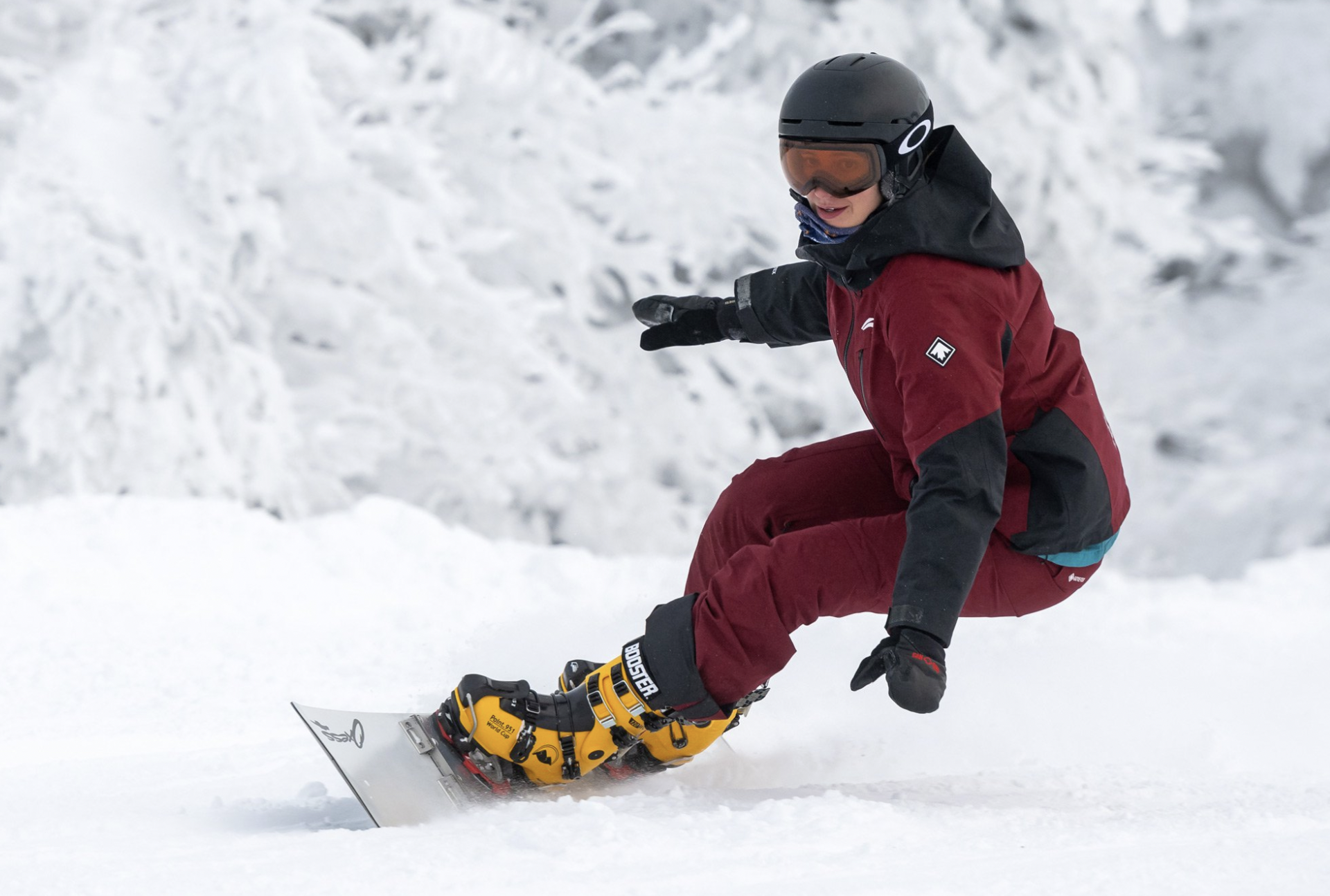 Moisan began her snowboarding career at a young age when her father introduced her to snowboarding and it quickly became clear that she had a natural talent for the sport. Snowboarding is everything to her. She loves all aspects of the sport. She grew up near Mont-Tremblant, where Jasey-Jay Anderson trained for a long time. Coincidence? We don't think so.

Moisan began competing in local competitions and quickly moved up through the ranks, eventually joining the Canadian Snowboarding Next Gen Team. Her main goals this year are to make three Nor-Am podiums and place consistently in the Top 10 at the next Junior World Championships in Bansko, BUL in March of this year. She’s definitely on the right track starting this year off with a 2nd place performance in Steamboat, CO in the PGS event on the Nor-Am Tour. 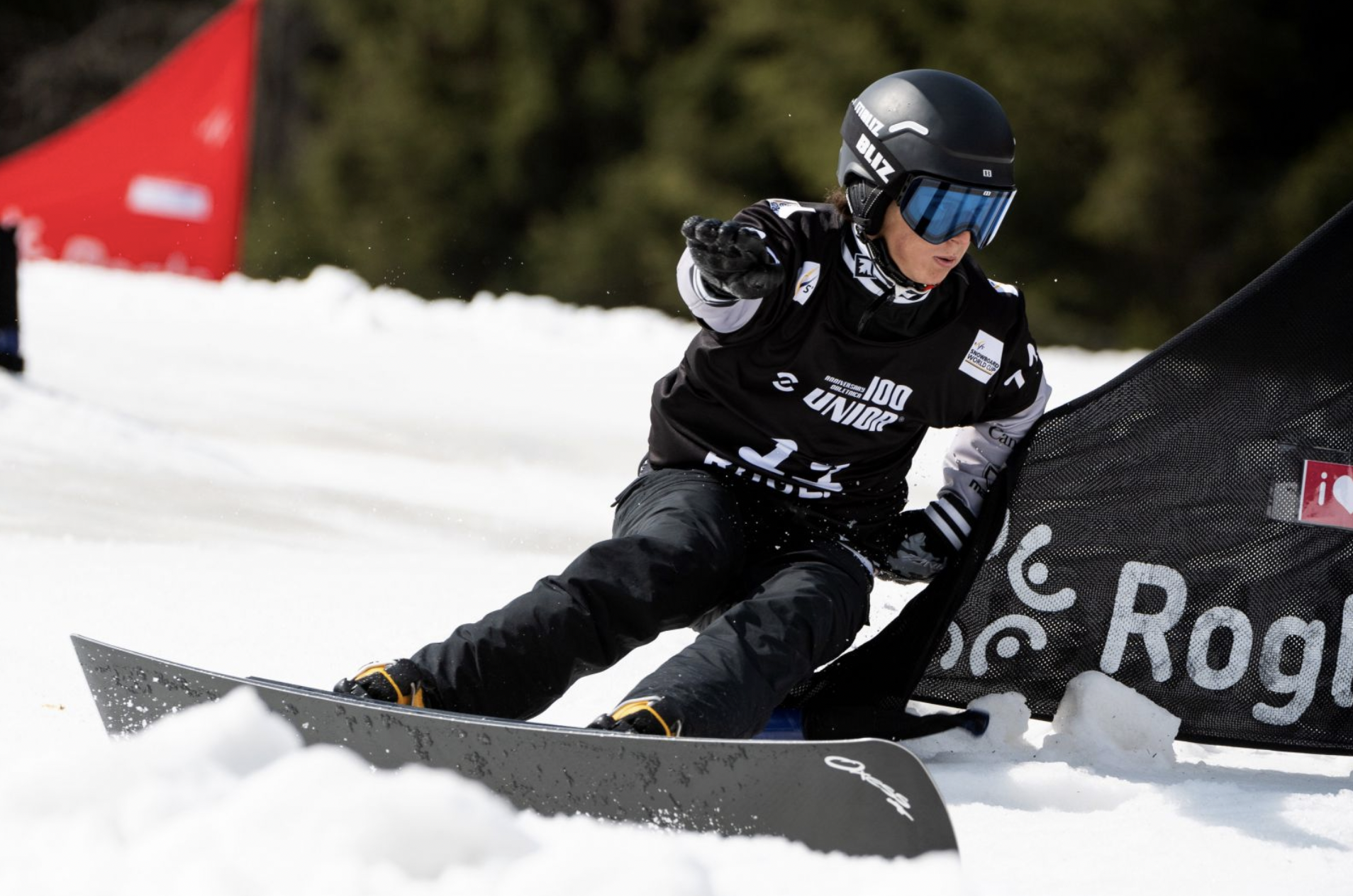 Nazwaski is an Ontario native, and a local to the Beaver Valley Ski Club. In 2019 he made a name for himself within the Alpine Canadian snowboarding community after finishing 2nd at the Junior World Championships in Rogla, SLO. Michael is the youngest winner ever of a Noram Cup in Parallel Giant Slalom.

Most recently, Michael Nazwaski was able to achieve one of his goals by storming the podium and finishing 1st at the European Cup in Alleghe in Italy.

You can witness these riders battle it out to the finish line among the worlds best at Blue Mountain Resort, where you can find the likes of Next Gen athletes like Riley Kilmer-Choi,  Justin Carpentier, Abby Van Groningen, Jamie Behan and many more competing in the Alpine Snow TKO World Cup presented by Toyota? Competition Day is closer than ever, and we can't wait to welcome you to Blue Mountain. Who will have what it takes to best the competition, and hold the championship belt high over their heads? For full details on The Alpine Snow TKO, including announcements and a spectator schedule, visit the official event website here: Alpine Snow TKO