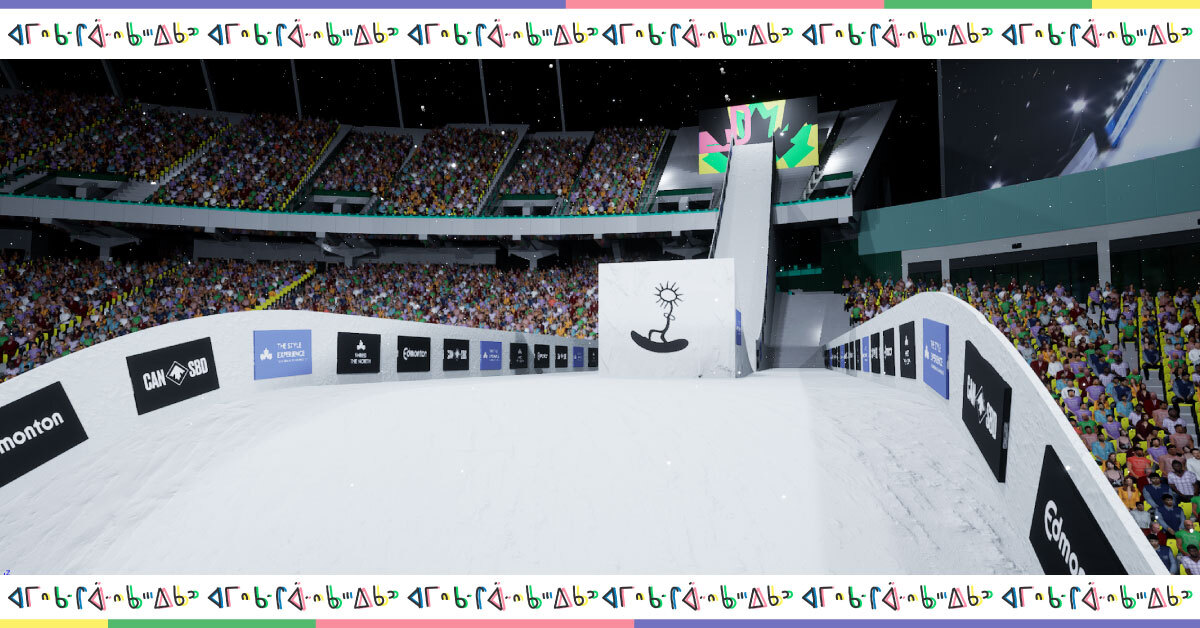 While snowboarders across Canada and beyond have been taking flight off massive wedges of snow for many decades, the official “Big Air” competitive designation has carefully navigated its rise to fame. There is a deep history behind this unique aspect of snowboard competition, with influences spanning from the non-competitive filming aspect of professional snowboarding all the way to similar Big Air events in skateboarding, skiing, BMX, and motocross. There has always been a drive from riders to push the limits of their mind, body, and board. In this same vein, pushing the limit of how much one can flip and spin in one smooth air has always come naturally to Big Air competitions. 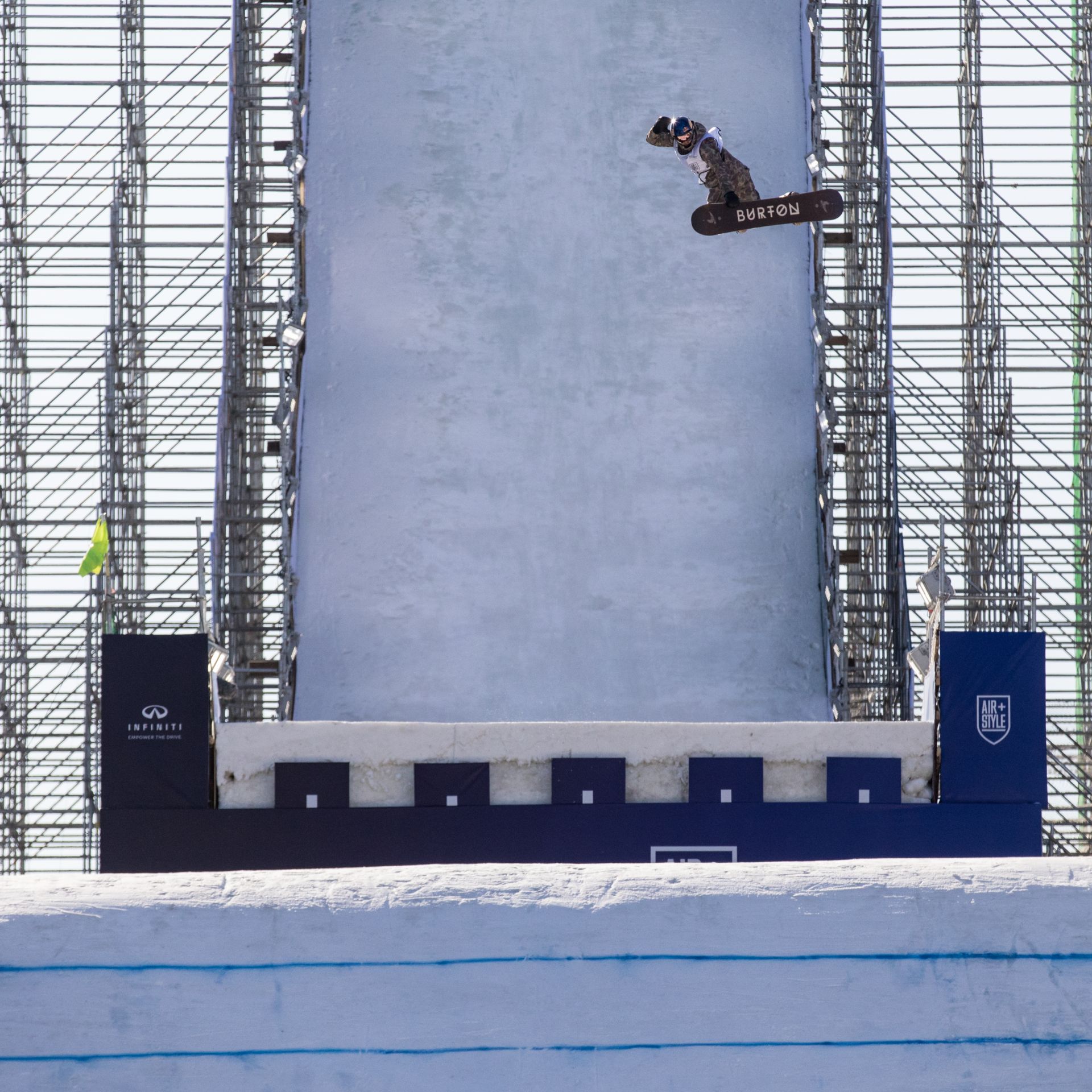 On par with the name, Big Air contests are rather straight forward. They take place on one massive jump, with the goal of utilizing maximum airtime to perform the biggest tricks possible. Traditionally in slopestyle competitions, the largest jump is the final element of your run. Therefore, it’s not uncommon among athletes to hold back slightly through the top section of the course so they can make it to the last jump to unveil their best trick. Big Air rejects the idea of playing it safe, fostering an environment of electrifying progression. It’s all or nothing when standing at the drop-in, eyeing down one massive launch ramp. Competitors are judged on their trick out of a score of 100. Execution is everything, and includes how difficult the trick is, how long the grab is held for, and how clean the landing is. Multiple additional factors, such as originality and style, have started to carry more weight in judging criteria over recent years. Qualification rounds generally score riders on their singular best jump, while the finals grant each rider the chance to be scored on their two best tricks out of three. To make things more difficult, the two tricks that go towards a final score must be in different directions or have different rotations.

Many tricks that are now Slopestyle staples were unveiled in competition during Big Air events – for example, Mark McMorris unleashed the first true triple cork in competition during Big Air at Winter X Games 2012 in Aspen, Colorado. McMorris sums up the environment of Big Air well; “you can never underestimate what is possible in a good session, with good friends, on a good jump.” That ethos has been ingrained in Big Air from the beginning, facilitating a supple foundation for progressing the sport. On the note of progress, in the current competitive climate, it’s impossible to break into the podium of any major contest without putting down a triple cork. Noteworthy milestones in other Big Air events include Norwegian Marcus Kleveland putting down the first quad-cork in competition during 2017, while we saw a barrage of 1800 degree spins (five full rotations!) during the Beijing 2022 Big Air finals. 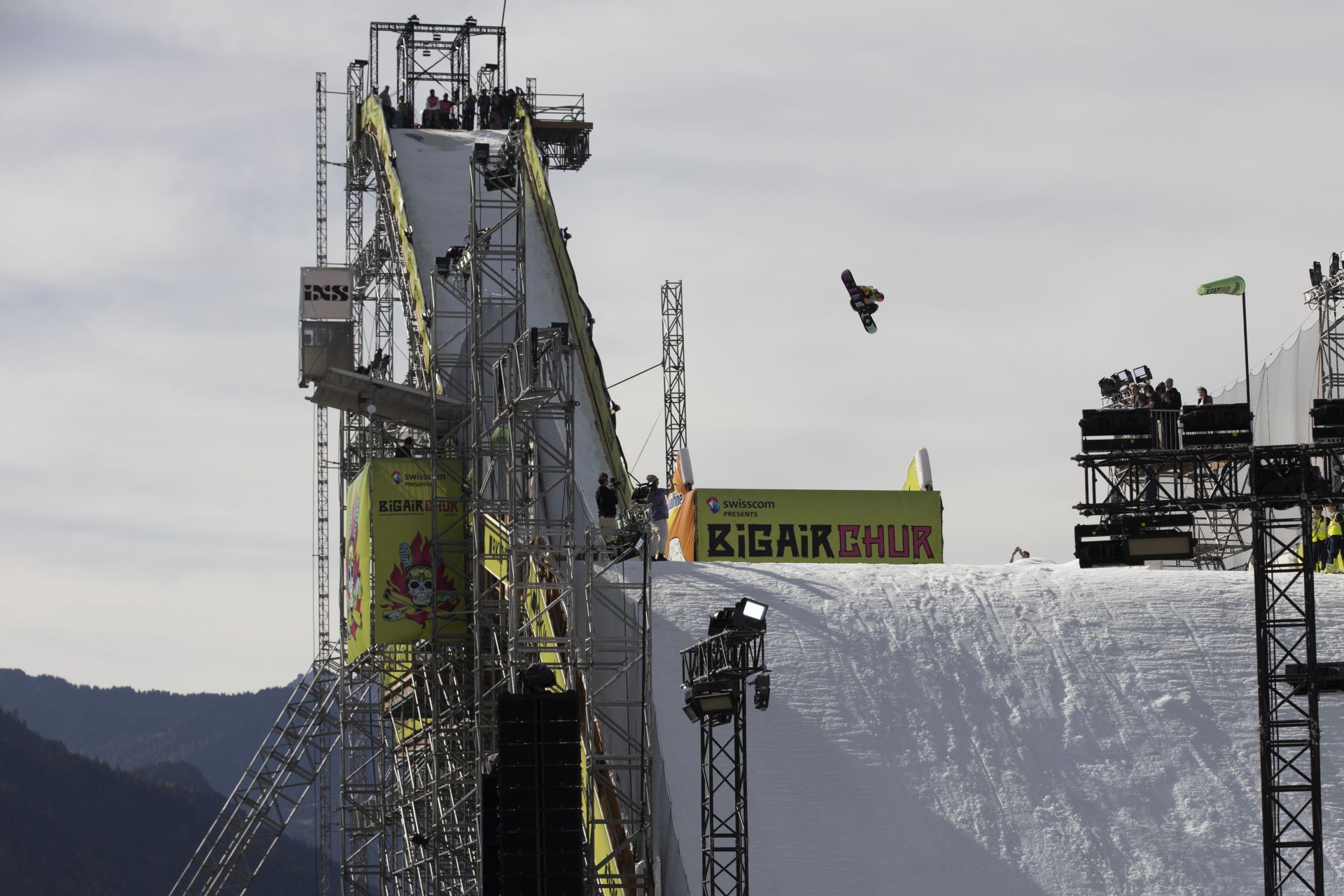 Having first sprung onto the competitive circuit in 2004 at the FIS Snowboarding World Championships, it is only in more recent years that Big Air events have really began to be appreciated as an upper echelon snowboard event. Around the same time in the early 21st century, Big Air had a stint at the Winter X Games, although it didn’t begin to be fully accepted as a discipline as it was dropped from the Winter X Games momentarily, before subsequent re-integration into the scene at Winter X Games 12, in 2008. The next ten years were foundational as Big Air gained traction as the hot new specialty for Slopestyle snowboarders to diversity their focus. The high level of progression was not lost on the audience, as people flocked in numbers to events such as X Games and Snowboard Jamboree to see riders battled it out on behemoth scaffolding jumps. Big Air notably made its mainstream debut on a global stage in 2018 at the PyeongChang Olympic Winter Games, with Canadian powerhouse Sebastian Toutant standing atop the podium at this epic inaugural event. From the Olympics and beyond, the Big Air disciple has proven time and time again to be a big hit for our Canadian snowboard heavyweights. Toutant, alongside fellow Team Canada riders Mark McMorris, Laurie Blouin, Darcy Sharpe, Max Parrot and Jasmine Baird – just to name a few! – have all had their time to shine atop Big Air podiums over the years. 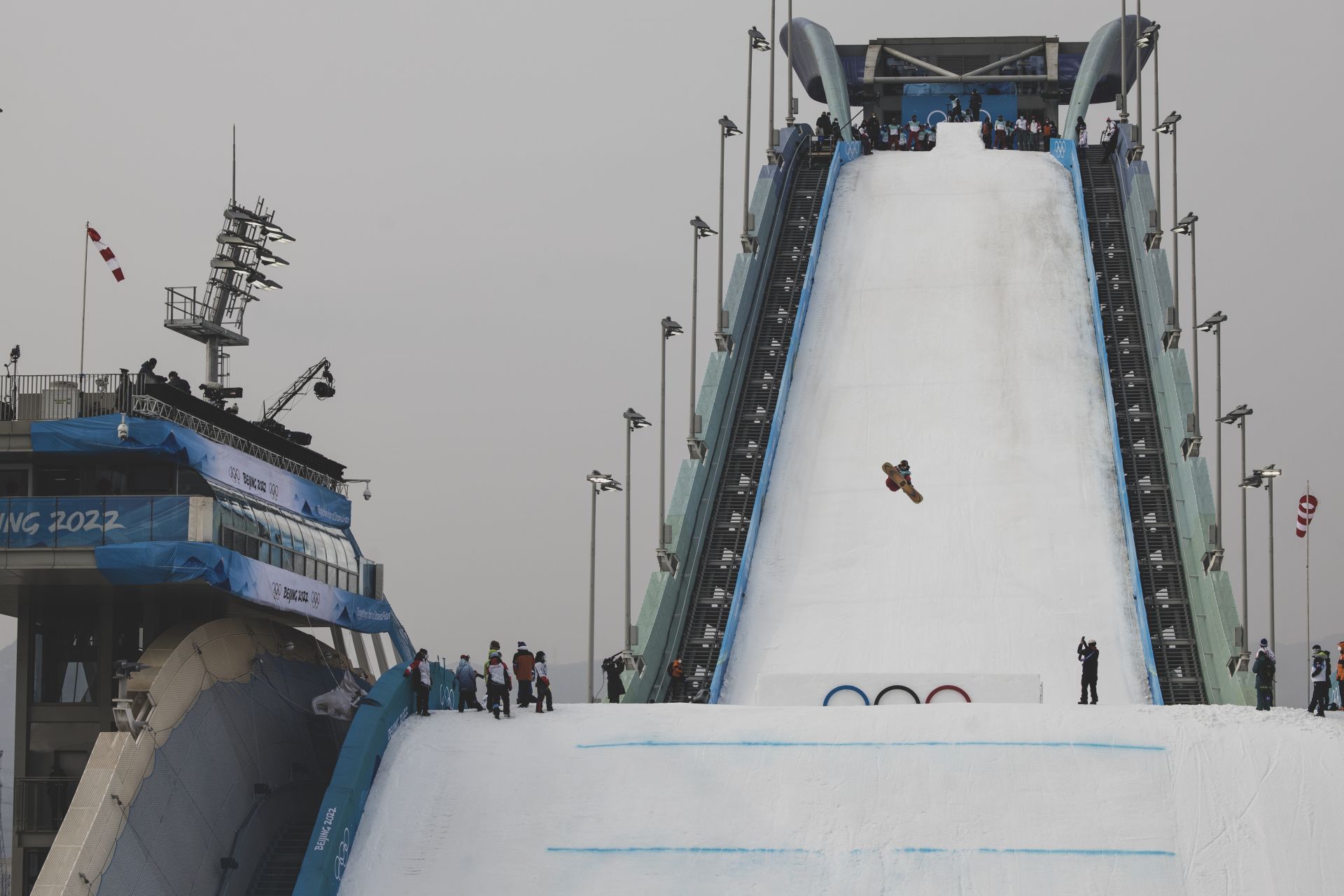 The footprint needed for a singular Big Air jump is substantially less than that needed for a slopestyle course, which has granted competitive snowboarding the ability to flourish in urban environments. Scaffolding jumps, built into stadiums or inner-city slopes, are crafted to optimal specifications that launch riders skyward against shockingly industrial backdrops. Another benefit of the urbanization of Big Air snowboarding is the sheer increase in accessibility. In the past, if you wanted to watch a snowboard event, you’d have to find yourself bundled up on the side of the mountain. Big Air has officially arrived as the premiere public snowboarding event, offering accessible viewing of mind-boggling stunts. If you call Western Canada home, you’re in luck because your home turf is about to be transformed into a snowboarding destination. We’re bringing The Style Experience to the Commonwealth Stadium, in the winter wonderland of Edmonton, Alberta on December 10th, 2022. This is no small job - it’s called Big Air for a reason. We’re pushing the limit and constructing the largest scaffolding Big Air ever built, which will tower 6 meters above the highest point of our host stadium. 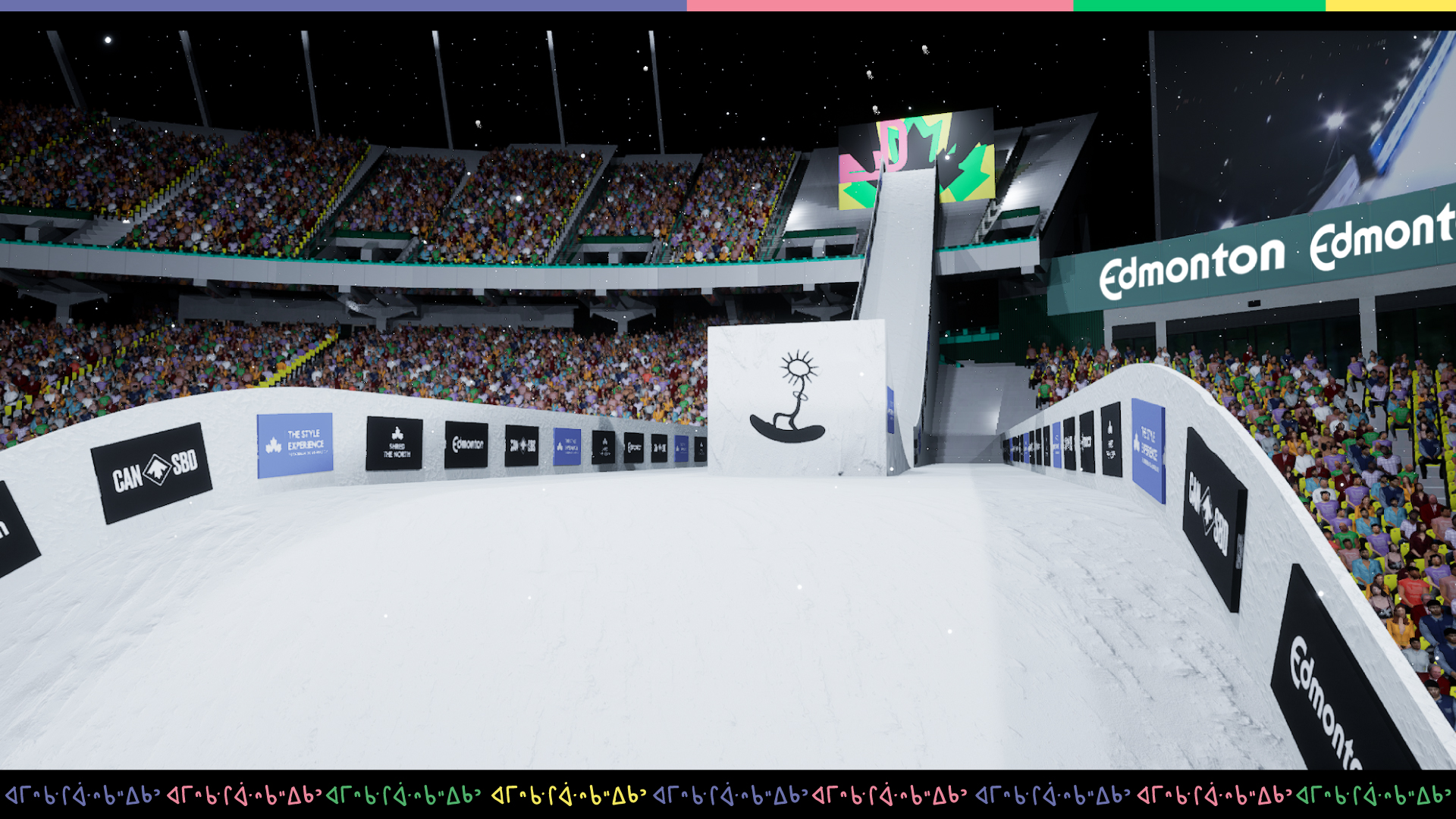