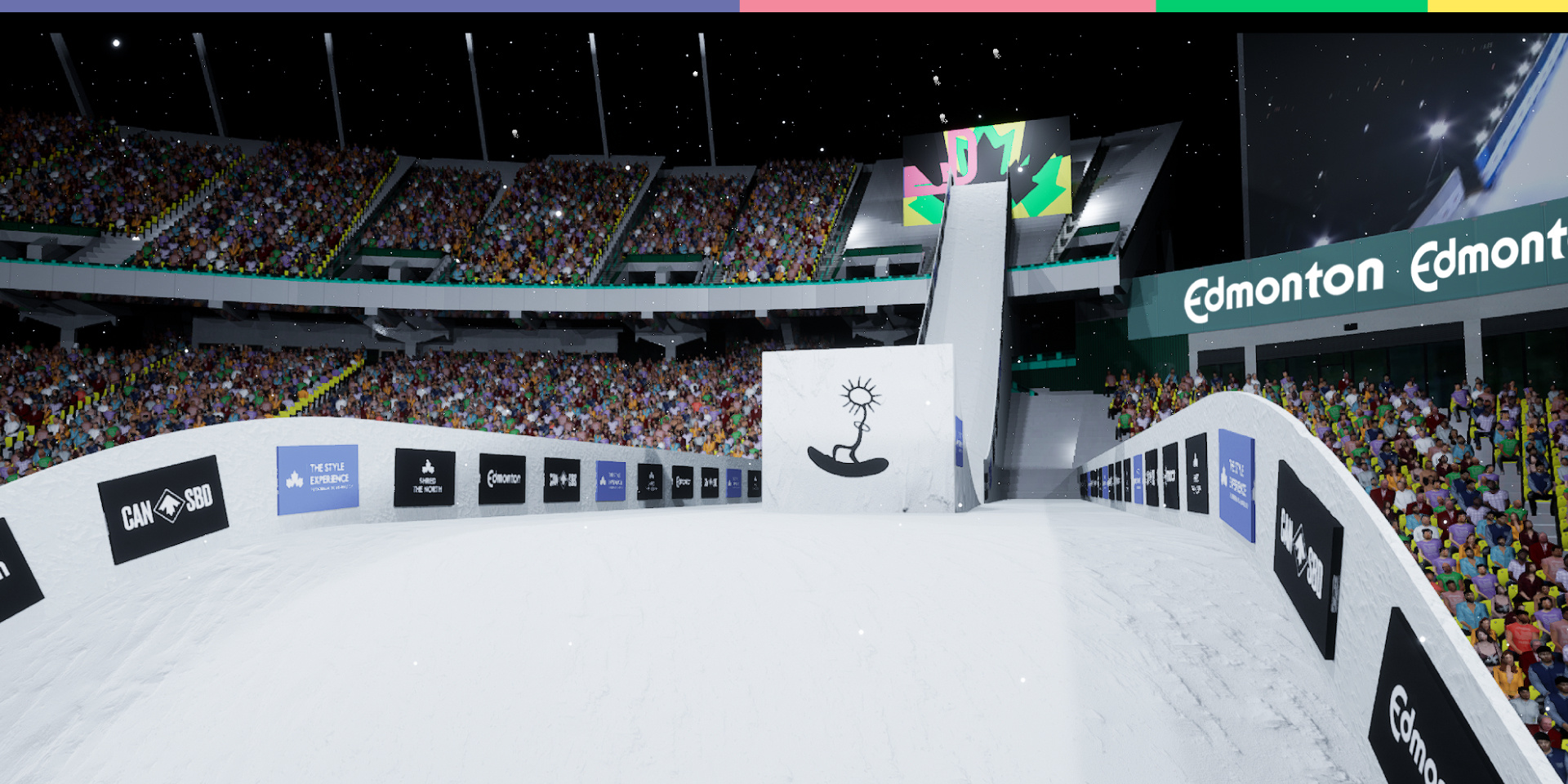 July 7, 2022, Edmonton, AB, Today in The Commonwealth Stadium, Canada Snowboard's Director of Business Operations, Brendan Matthews and Cindy Medynski, Interim director for Edmonton events accompanied by Max Parrot, triple Olympic medalist  announced that Edmonton will be the host city of Canada’s first ever Snowboard FIS World Cup ‘Stadium’ Big Air. The event known as ‘The Style Experience’ will be the first North American stop on the 2022 / 2023 FIS World Tour and showcases the best snowboarders in the World in a festival of action and entertainment, all housed within The Commonwealth Stadium in December, 2022.

Canada Snowboard has a strong history of major events and its Shred the North Series of World Cups in 2022 / 2023 cover all disciplines of competitive snowboarding spanning the country.

The Edmonton stadium Big Air World Cup will be the pinnacle event of the Shred the North Series and the only ‘in city’ stadium event in Canada. It will be a one-of-a-kind spectator and entertainment focussed festival celebrating snowboard culture and style with plans for live music, art, vendors, food, and complimentary sports and spectacles such as freestyle snowmobile demonstrations, a potential 3x3 Basketball tournament  and of course the world’s best snowboarders on a massive scaffolding jump ‘under lights’ the likes of which has never been seen in Canada. The Commonwealth Stadium is an epic venue of coliseum proportions and the perfect location to premiere an event of this magnitude in the country that is home to many of the best big air snowboarders on earth. It is the largest open-air stadium in Canada and the venue for the recently held World Cup Soccer qualifier between Canada and Mexico when the event earnt its iconic name ‘Iceteca’.

The Style Experience will have a unique format. It will not only host a FIS Big Air World Cup but also an event within the event focussed primarily on style. An interactive entertainment-focussed event where competitors and the live audience will connect. Head-to-head battles between the sport’s biggest names will go down where creativity and style will be rewarded over fast rotations. This will provide loads of entertainment for both the riders and the audience and should be a fun way to showcase the best of what snowboarding has to offer.

"Thankfully Snowboarding and cold weather go hand in hand!" Canada Snowboard’s CEO, Dustin Heise said when asked about the partnership with Edmonton City. "December in Edmonton is the perfect time to celebrate Fall with Winter just around the corner. Temperatures will be dropping and the stoke level will be high for Edmontonians and fellow Canadians to witness the best snowboarders in the world, battling it out for money and the glory right there in their city. Canada Snowboard has pushed to launch an urban, stadium Big Air event of this magnitude for some time. The partnership we have built with Edmonton City as the event host is ideal with the consistently early season cool temperatures and its large, fun-loving outdoor population that is famous for. Edmonton boasts world-class venues and hotels and there is no doubt the city will be the perfect host to the large group of international teams and social media influencing rock-stars the sport of snowboarding is known for. This year’s event will be the first of many more to come."

Canada is a proven nation for World-Class Big Air snowboarders boasting many of the legends of the sport as our own. Olympic gold, silver and bronze medalist Max Parrot and Olympic silver medalist and current FIS Big Air World Champion Laurie Blouin.  Not to mention 3-time Olympic medalist Mark McMorris, with more XGames medals to his name than any other snowboarder ever. And don’t forget Seb Toutant, Olympic gold medalist and multiple XGames gold, Darcy Sharpe with XGames gold, and Jasmine Baird, the current FIS Big Air Crystal Globe Tour Champion. The list goes on and on with a line-up of young Canadian rippers pushing the limits to get their moment of glory alongside the Hall-of-Famers. The Style Experience will be Canada’s first large stadium event in Big Air and an opportunity for home field advantage over the world’s best with support of a huge Canadian audience to cheer them on.

“It’s awesome to have a Big Air World Cup back in Canada, the stadium setup in Edmonton looks epic and it's always amazing to compete in front of a huge Canadian crowd' - Laurie Blouin, Silver Olympic Medallist

"I'm stoked there will be a Big Air event back in Canada this year. I can't wait to compete in front of all the fans and be part of such an exciting new event.” - Maxence Parrot, triple Olympic medallist

“Inner city FIS Big Air World Cups are the Formula 1 of snowboarding events. They are non-stop live entertainment, spotlighting the world’s best freestyle snowboarders on enormous jump structures delivering the best of freestyle snowboarding right to your door. The FIS World Cup Big Air Series showcases the host city and the arrival of the snow season. We welcome Edmonton to the series, supported by the Canadian Snowboard Federation” - Dean Gosper, FIS Council Member and Chair of the FIS Snowboard Freestyle Freeski Committee

"Edmonton is delighted to host this exciting new event at Commonwealth Stadium in December. Edmonton has a rich history of hosting world-class events, and this will be no exception. We look forward to showcasing Commonwealth Stadium - and our ability to think differently - by bringing snowboarding into an urban environment. Our city is a place of year-round action, and events such as this are important to showcase Edmonton as a vibrant place to live and play. " - Amarjeet Sohi, Edmonton Mayor

An event of this magnitude requires a huge round of applause to go out to our funding partners in Sport Canada, Explore Edmonton and Government of Alberta. Without your support, competition snowboarding in Canada would be nowhere near as awesome! Thanks for helping us at Canada Snowboard help inspire future generations to follow in the footsteps of today’s heroes.

Further details including ticket sales, detailed schedules, and additional festival elements will be announced over the summer and into the fall.