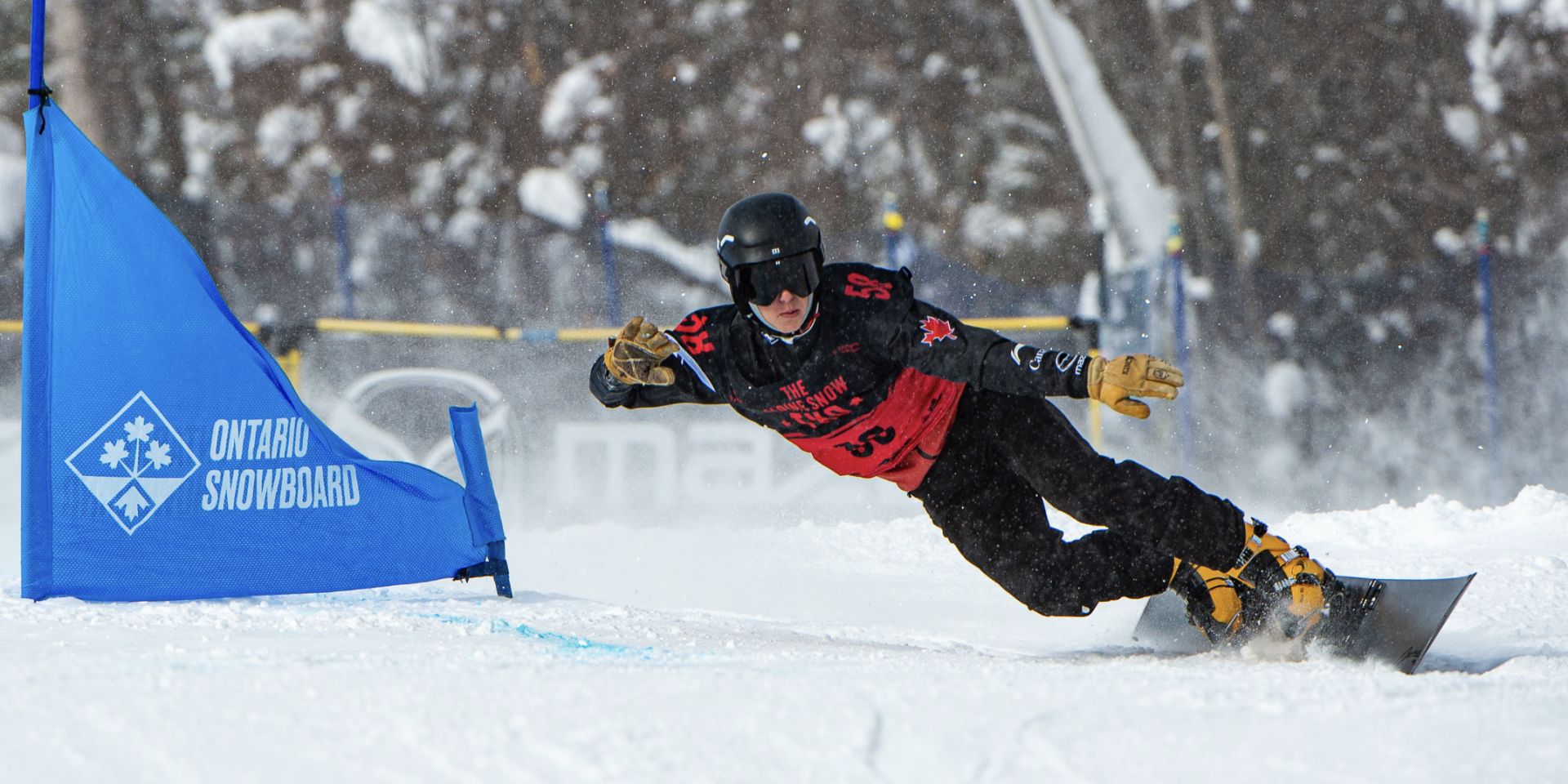 Get ready for the ultimate showdown in Alpine Snowboarding, as the best riders from around the world descend upon Blue Mountain for the TKO Alpine World Cup. This annual event is a must-see for any snowboarding enthusiast, with non-stop action, incredible athleticism, and a level of competition that is second to none. But, first thing’s first: what is Alpine Snowboarding? 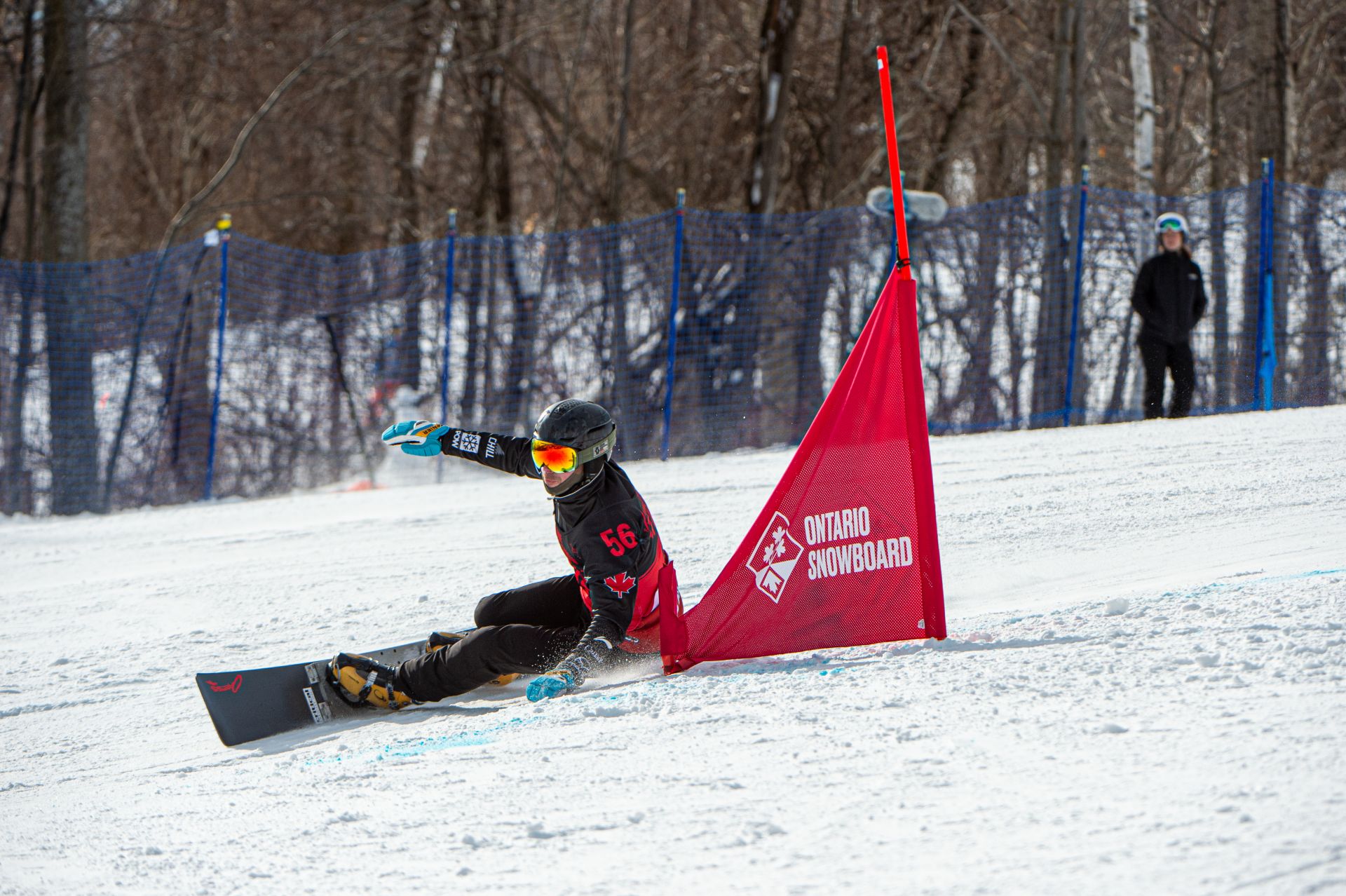 The most prevalent (and most exciting) race in elite-level Alpine Snowboarding is the Parallel Giant Slalom (PGS). Two riders simultaneously descend a course made up of two parallel courses, with the winner advancing to the next round. This head-to-head format makes PGS one of the most exciting and intense snowboarding events you can watch, with riders reaching speeds of up to 60 km/h as they navigate their way through the gates and slalom turns of the course.

Perhaps the most noticeable difference between Alpine and Freestyle Snowboarding, even between Alpine Snowboarding and other race events like Snowboard Cross, is the equipment the competitors use. Alpine Snowboarders ride in hardboots, with stiff plastic shells similar to ski boots. These, together with long, stiff, aggressively shaped snowboards, allow riders to drive tremendous amounts of power into their turns and hold their edges at extremely high speeds. These performance oriented set-ups let athletes push the limits in even the most compromising conditions, taking Alpine Snowboarding to places that wouldn’t be possible using the softer, freestyle-focused equipment used by most recreational riders. Think of an F1 car versus a Civic– both have their time and place, but one is the clear frontrunner in terms of capabilities at the cutting edge of speed. 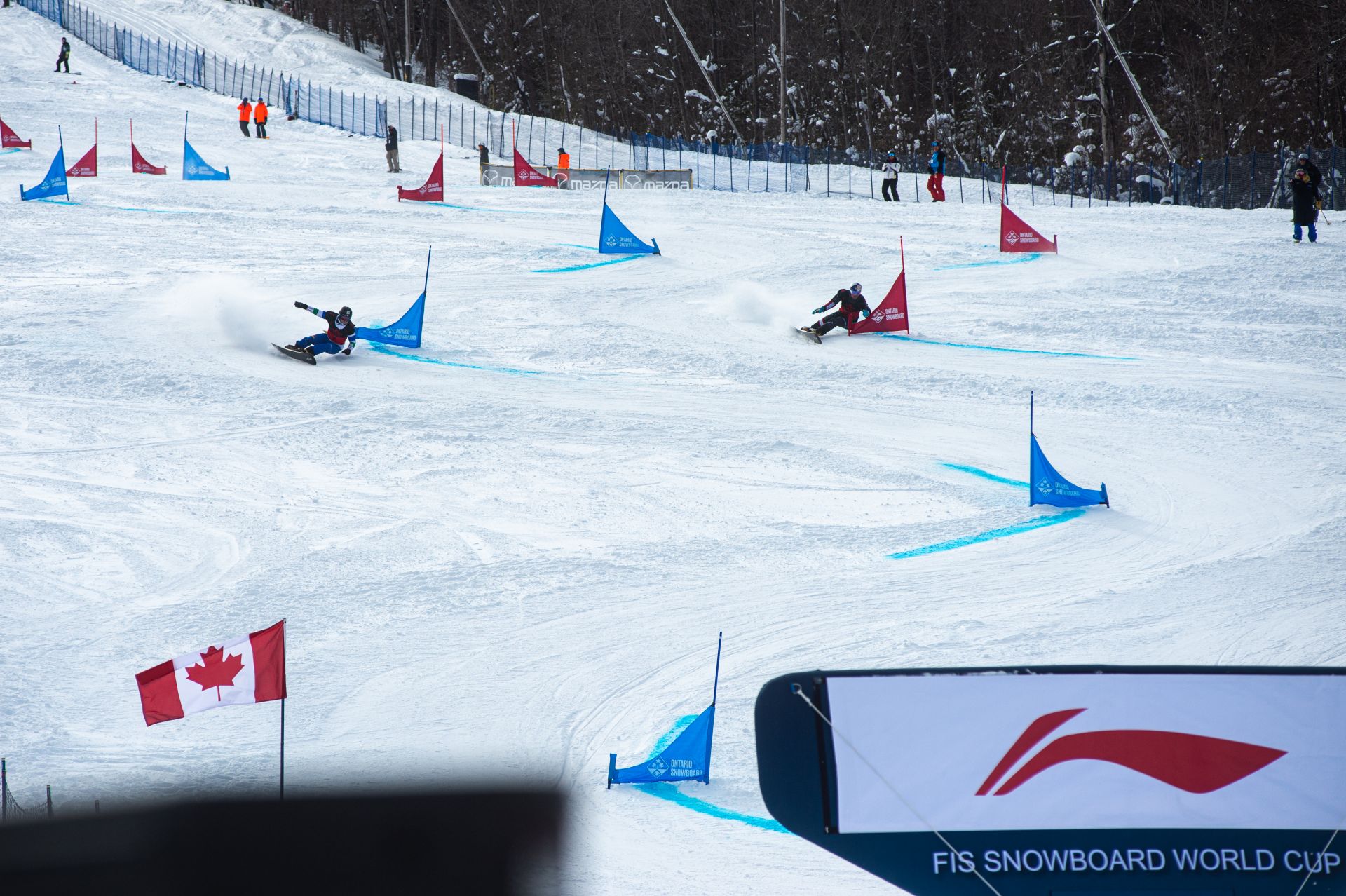 So, how does a PGS snowboarding competition work? What are the rules and nuances of a World Cup like the Alpine Snow TKO? Read on, and take a deep dive into one of the most exciting disciplines in snowboarding.

In a PGS snowboarding competition, riders race against each other in a head-to-head format, with the winner advancing to the next round. The competition begins with a qualification round, in which all the riders have one run down the course to try and post the fastest time. The top 16 riders from each course get a second run and the top 16 in cumulative time qualify for the elimination round, which is a single elimination format. 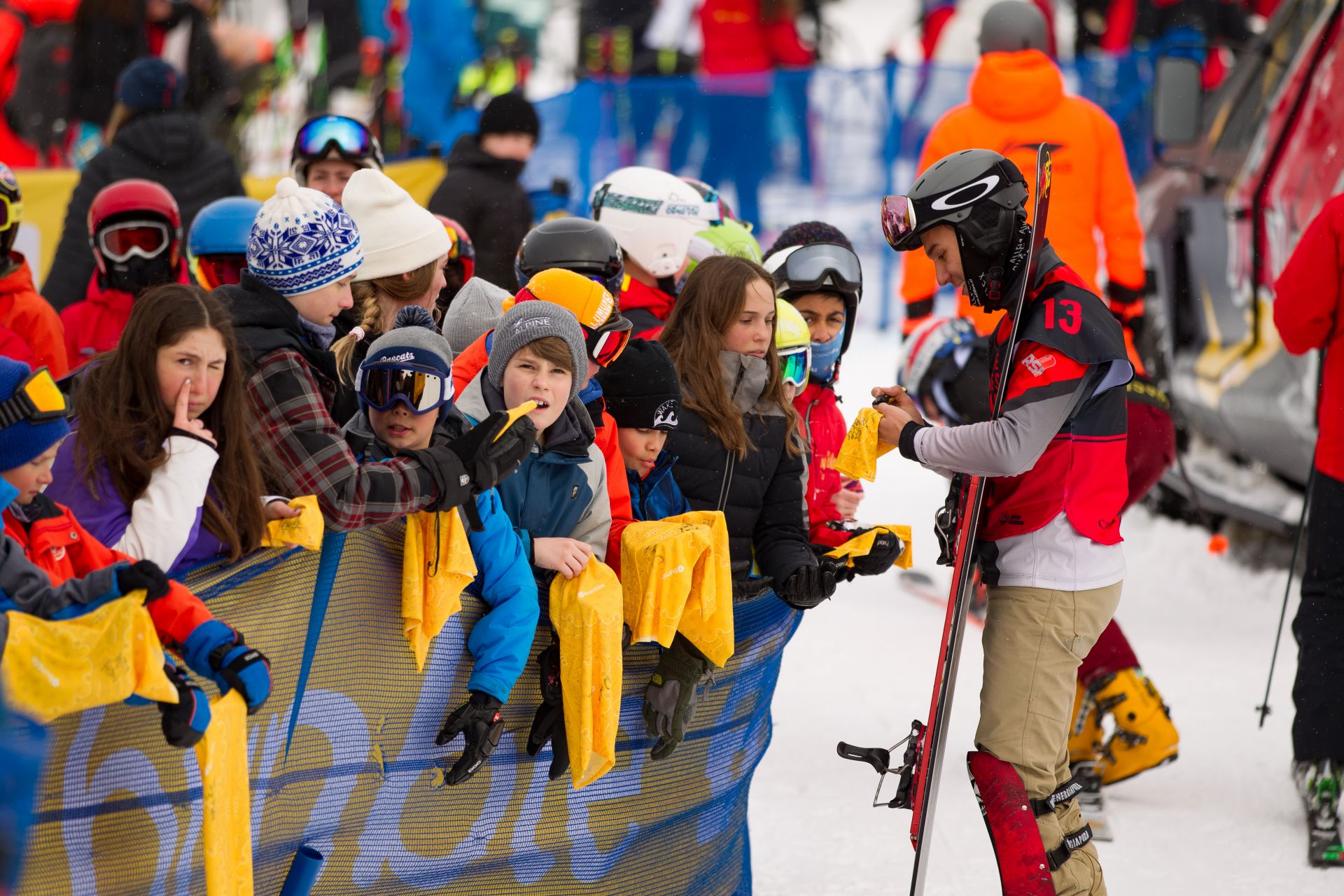 One of the unique aspects of PGS snowboarding is that the course is made up of two parallel tracks, with the best qualified athlete choosing their course and the first to cross the finish line moves on to the next round.

In addition to the qualification and knockout rounds, PGS snowboarding competitions may also include a team event, in which riders from different countries compete against each other in a series of races. The team event is similar to the individual competition, with the top teams advancing through the rounds until a winner is crowned. 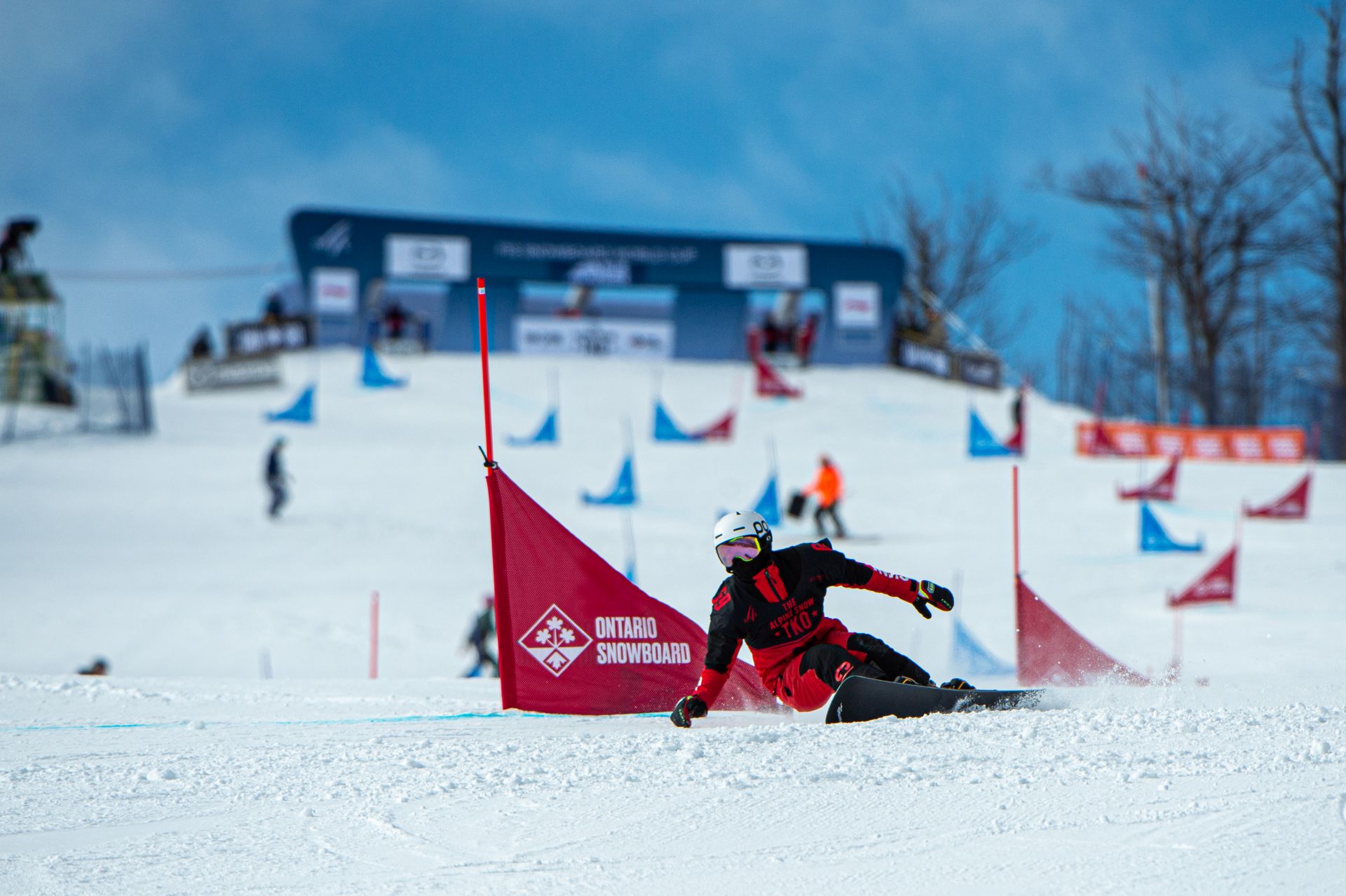 The Rules of PGS Snowboarding

Like any sport, PGS snowboarding has a set of rules that must be followed by riders and officials. Here are some of the most important rules to know: 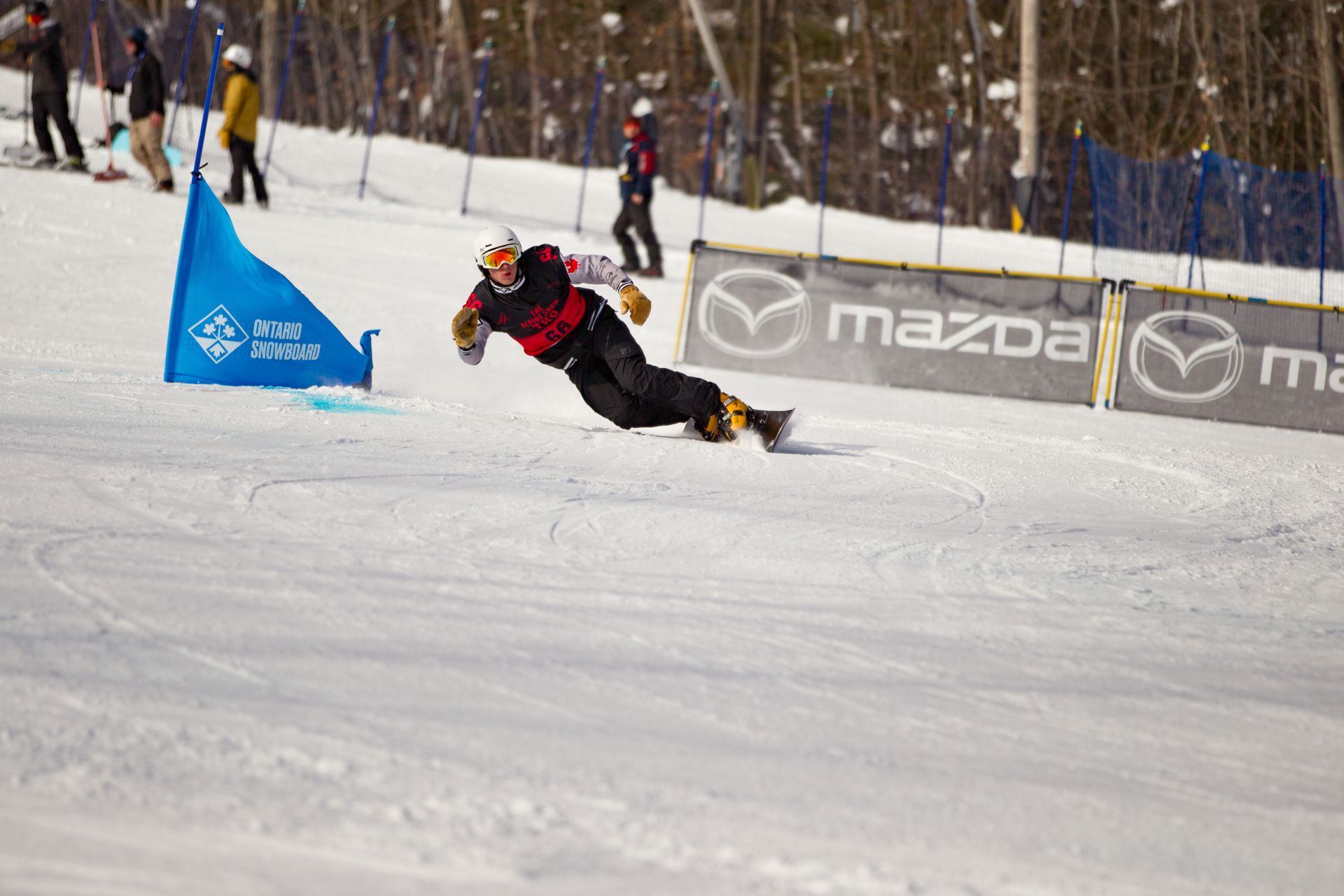 So if you're a fan of snowboarding, or just looking for an exciting live event to attend, mark your calendars for the TKO Alpine World Cup at Blue Mountain. There’s something for everyone as the world’s fastest snowboarders test their mettle through the gates– just don’t blink, or you might miss them!