Top Ten Riders to Watch at The Style Experience

Qualifiers kick off today at The Style Experience, and some of the best riders in the world are at the Commonwealth Stadium in Edmonton, AB. The last two days of practice have been insane, with riders gaining confidence on the biggest scaffolding jump ever built. With the stage set for progression, we've got the inside line on the most exciting boarders in the field. These are the top 10 riders to watch at The Style Experience. 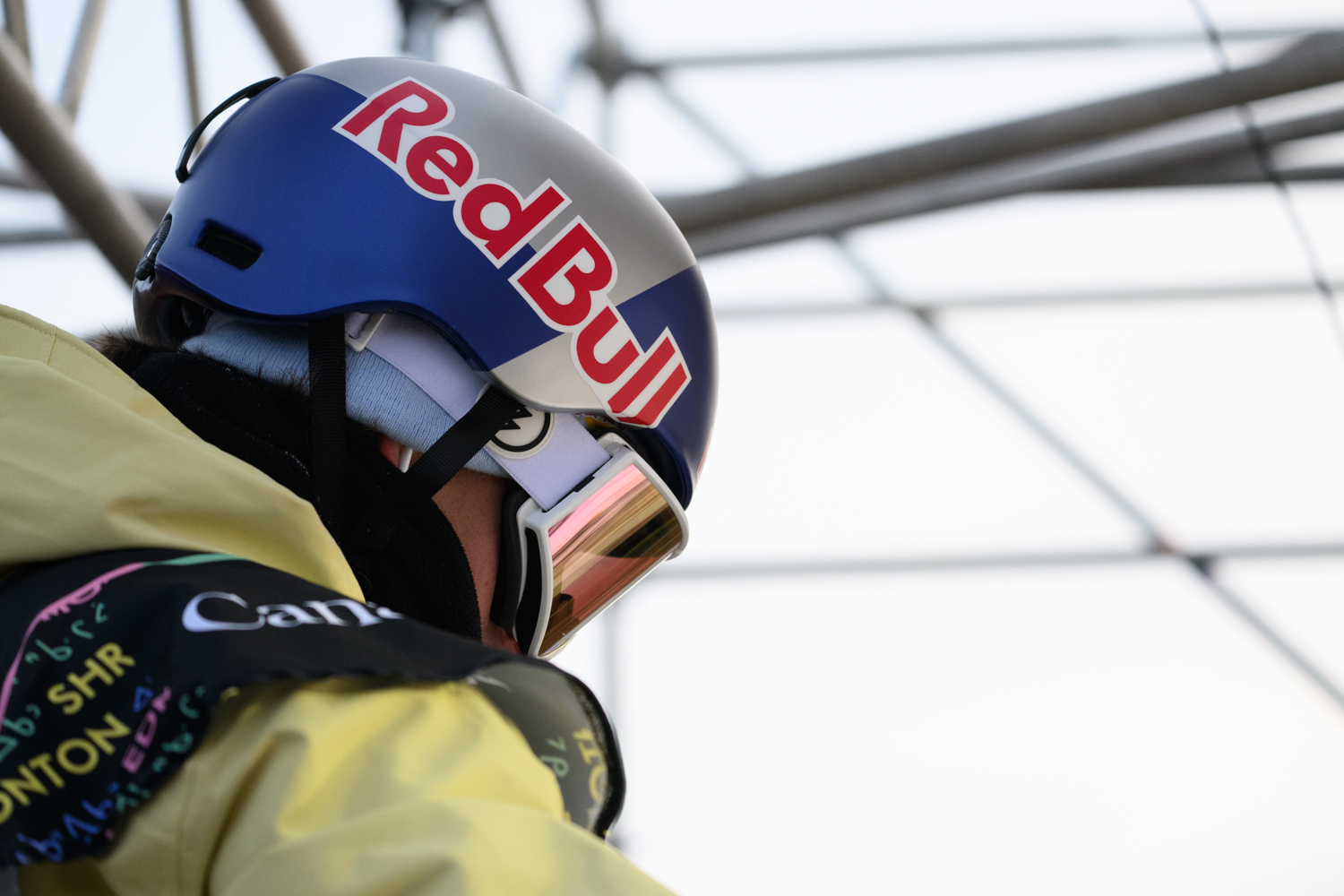 A decade deep at the front of the pack, there's nobody more consistent than Sparky.

This one goes without saying- Mark is the most dominant competitive snowboarder of our generation. With 21 X Games podiums and three Olympic Slopestyle Bronze medals under his belt, nobody's pedigree runs deeper. Mark's been putting in the work to stay at the cutting edge, dialling in 1800s in pre-season training. Now a decade deep at the front of the pack, there's nobody more consistent than Sparky.

Halfpipe honed skills and world record airs make Valentino one of the most exciting up-and-comers out.

Valentino Guseli is a threat across disciplines, one of the few riders to compete in both big air and halfpipe. He's no slouch in the U-Ditch either– the 17-year-old Australian held a world record air for almost a year after blasting 24 feet above the deck. Valentino's been going huge since he was a grom. He's a go to for guinea pigging jumps that scare the world's best riders, and this week he opened up the biggest scaffolding jump snowboarding has ever seen at day one of practice at The Style Experience.

Get the trick, no matter what– Takeru puts in the work and gets results.

We can't get enough of Takeru Otsuka's animal style. This dude is gnarly– he's shown time and time again that he'll put his body on the line to get his trick. At 17 years old, Takeru was the youngest competitor to win an X Games Men's Big Air competition, and he's one of the elite few to have landed a quad cork in competition. Look for him to pop off under the lights at The Style Experience.

Marcus Kleveland is a different breed. The Norwegian can seemingly do any trick imaginable. He's been instrumental in linear snowboard progression since 2017, when he landed the first Quad Cork 1800 in competition (at his X Games debut, no less), but we're as excited as anything about his knack for the unconventional. Marcus is known for nollies into big spins, mind-bending shiftys, and more– we can't wait to see what he throws down at the Commonwealth Stadium.

A young blood on the come-up, Truth is primed to blow up this season.

We're throwing Truth in the mix as a bit of a wildcard. This young gun is relatively new to the Canada Snowboard Team, and while he hasn't yet proven himself on the World Cup Circuit, he's been on an absolute tear in preseason training. Truth recently broke the internet with an absolutely psychotic NBD, a boardslide to double backflip pretzel. We'll be watching to see if he carries that momentum to the scaffolding– it wouldn't be the first time new blood broke the mold. 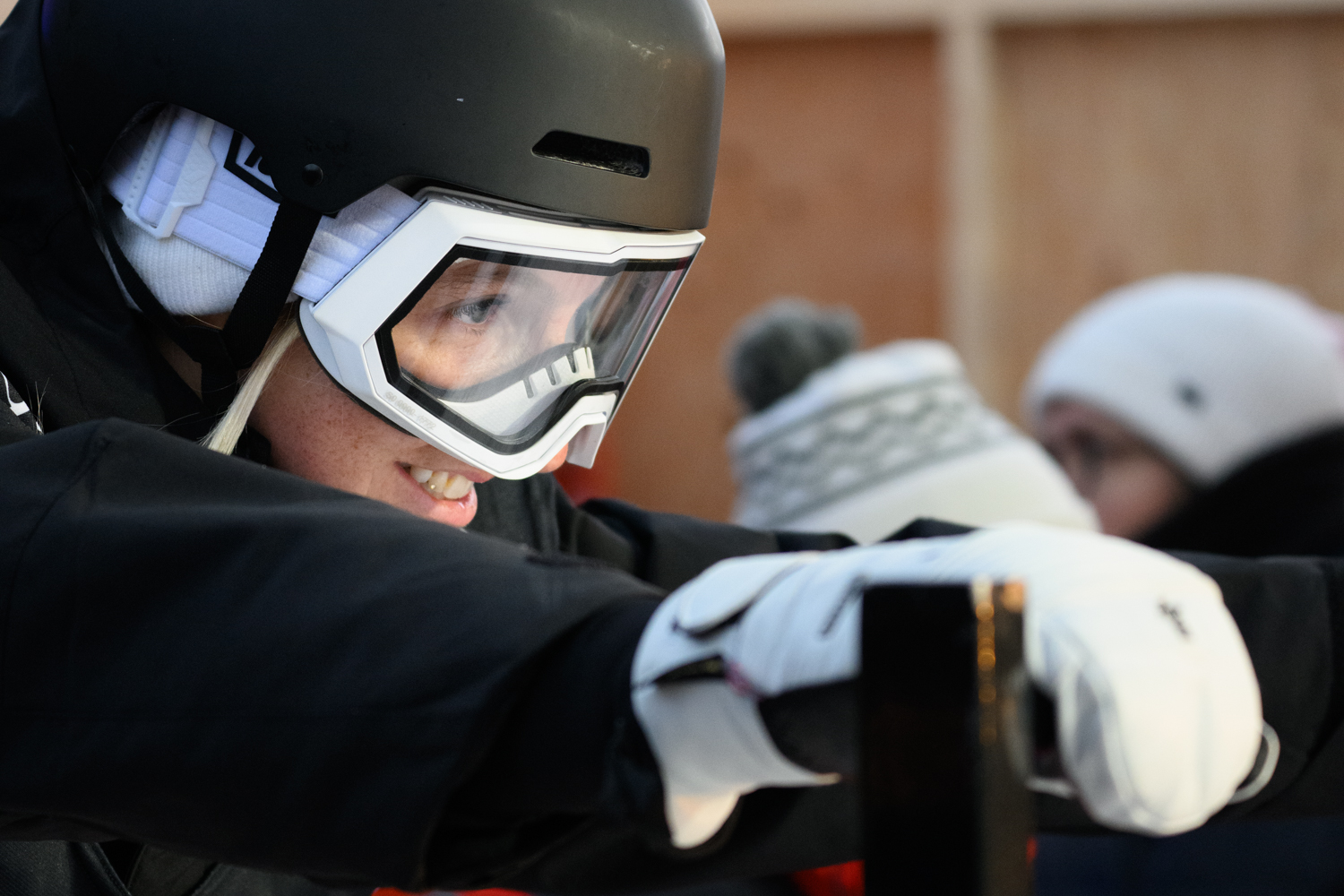 One of the only women to have landed the triple cork, Laurie is among Big Air's elite.

One of the only women in the world to have landed the triple cork 1260, Laurie Blouin is among competitive snowboarding's elite. She carries an impressive pedigree, with Big Air wins at X Games and on the World Cup Circuit and an Olympic Slopestyle Silver from Pyeongchang. Her riding is powerful, and she carries explosive energy off of jumps. Always one to watch, Laurie could very well end up with the top spot at The Style Experience.

When Reira's in the mix, anything is possible.

Reira Iwabuchi is one of the most impressive riders in the game, period. Her trick selection is bold, best demonstrated at the Beijing Olympics when she came heartbreakingly close to landing the first triple cork in women's competition. Reira is one of the few women incorporating unconventional grabs into technical tricks, as demonstrated with the Frontside 1080 Chicken Salad she threw as a victory lap at this fall's Big Air Chur. Reira's riding is proper, and she's one of the most progressive riders in the field. 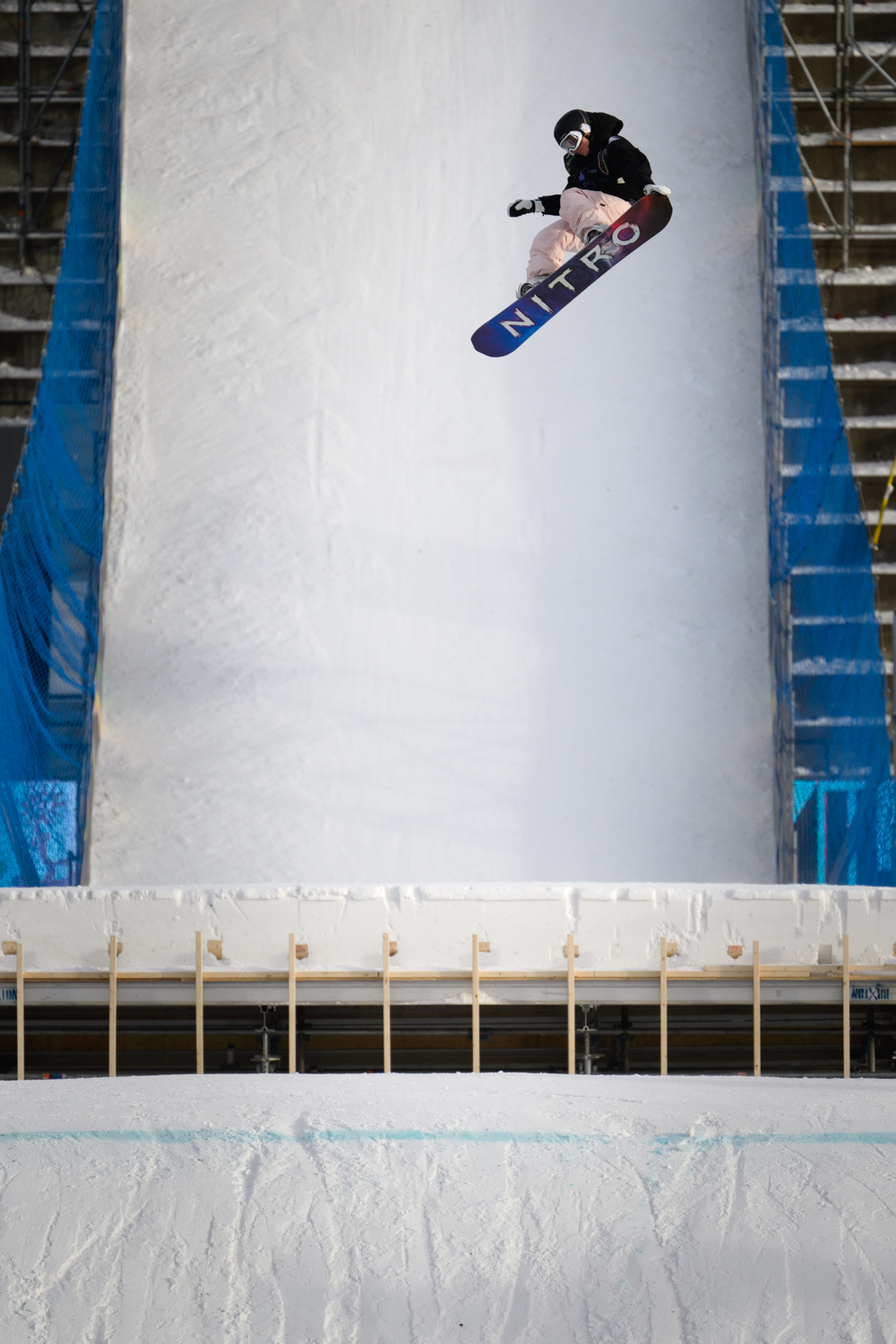 Hot off a podium in Switzerland, Jasmine Baird is ready to perform.

Hailing from Georgetown, ON, Jasmine Baird has come into her own. The 23 year old has the tricks, and she's no stranger to World Cup podiums. At her last appearance on scaffolding, the Big Air Chur, she took Bronze after battling a 1080 in finals, and she's hungry to build on that momentum. Jasmine's signature, elegant style will be easy to recognize as she takes the stage at The Style Experience.

At 13 years old, Kokomo Murase made history as the youngest ever X Games Gold Medalist, winning the Big Air event with a Double Cork 1260. Now 17, she's only gained momentum. Kokomo is a fierce competitor, and her third place finish at the Beijing Olympics has her motivated to throw down. Don't be surprised if we see her pushing into the territory of never-been-dones!

This talented Dutch rider is an ATV with a huge passion for snowboarding.

Melissa Peperkamp loves snowboarding, so much so that she competes in both freestyle and racing disciplines. On top of that, she takes on film projects throughout the season and even gets out in the streets– all at the young age of 18! Melissa has strong foundations and air awareness, and her hugely positive energy shines through in her riding. We're stoked to see what she does with the opportunity to bring her riding to the world stage!