Canada Snowboard and The McMorris Foundation Donate $30,000 to the Indigenous Sport Council of Alberta at The Style Experience 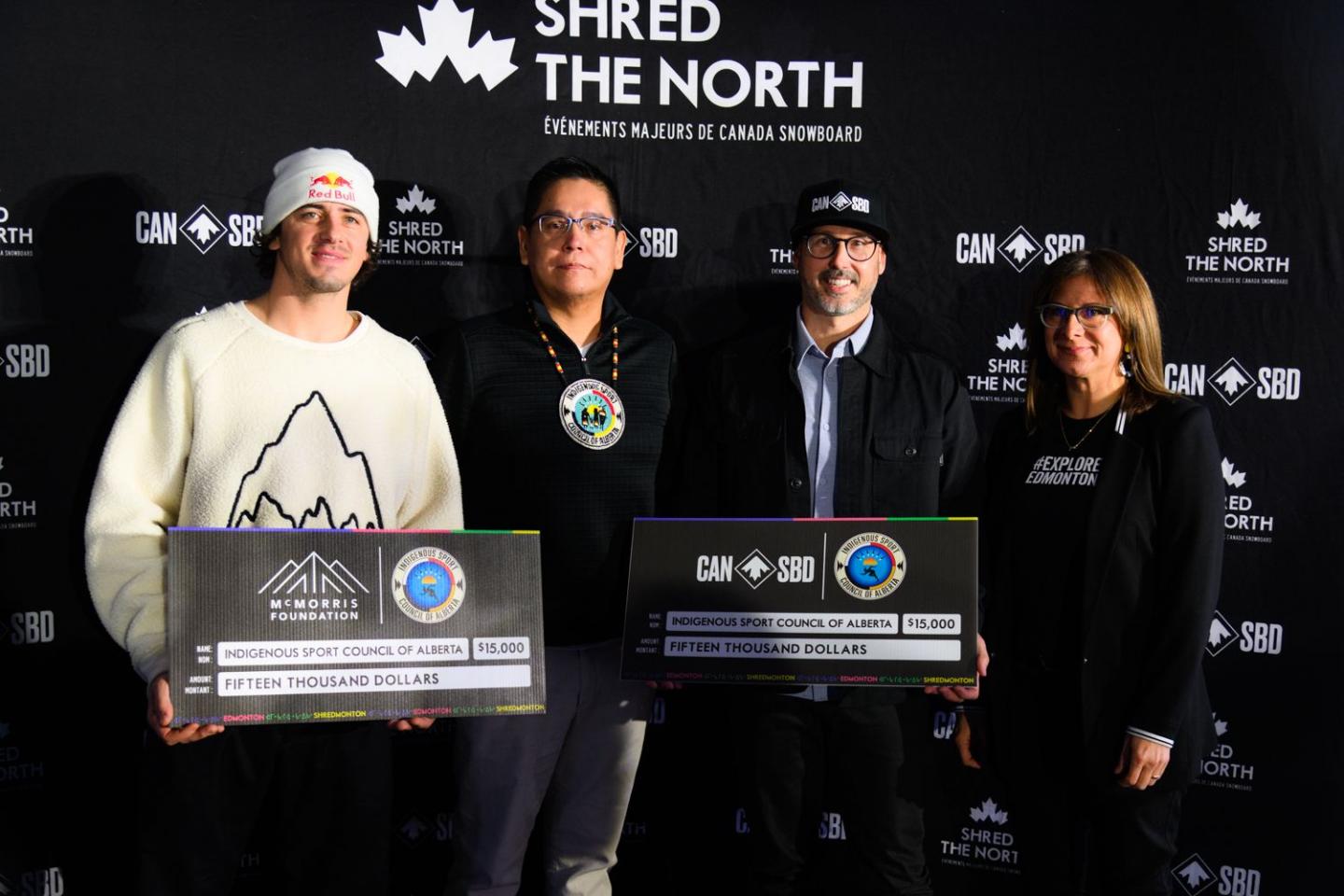 This morning, at the Commonwealth Stadium, Canada Snowboard donated $15,000 to the Indigenous Sport Council of Alberta, and the McMorris Foundation matched that with another $15,000. The donations, totalling $30,000, are intended to help bring snowboarding to Indigenous youth in the Edmonton area. "Growing up, I was given every opportunity to participate in sports, and I want all kids to have those same opportunities," said Mark McMorris. Canada Snowboard also announced that a portion of sales from the ‘star homie’ merchandise designed by Indigenous artist Dusty LeGrande will be donated to the Indigenous Sport Council of Alberta.

"Canada Snowboard is very proud and honored to be able to continue our partnership with the Indigenous Sport Council of Alberta to provide snowboarding and healthy activity to youth in this region and across Alberta", Canada Snowboard’s CEO, Dustin Heise said when asked about the donation .

"When we’re willing to think big, creative, and outside of the box, it makes it possible to bring a mountain sport to the inside of our city. Something like this happens over a matter of years, and I want to thank [Canada Snowboard] for building this event with our Indigenous partners," said Traci Bednard, CEO of Explore Edmonton. Indigenous Sport Council of Alberta's Richard Goodwin added, "sport, physical activity and recreation is an important part of a well-balanced life, and this event is an opportunity to show what is possible."

The Style Experience takes place on Treaty 6 Territory, and within the traditional homelands of the Métis Nation. Many First Nations such as the Nehiyaw (Cree), Denesuliné (Dene), Nakota Sioux (Stoney), Anishinaabe (Saulteaux), and Niitsitapi (Blackfoot) have claims to traditional territory in the region. Canada Snowboard is proud to ground itself, think respectfully about the Indigenous peoples on whose lands we ride, and give back with this donation to local sport.

The Style Experience FIS Big Air World Cup goes down at the Commonwealth Stadium in Edmonton, AB. This unique event features the largest scaffolding jump Canada has ever seen, in Canada's largest outdoor stadium. The best snowboarders in the world will compete at The Style Experience– look for riders like Mark McMorris, Laurie Blouin, Jasmine Baird, and Jacob Legault to represent for the home team in SHREDMONTON, Canada's winter stronghold. "I love competing in Canada, knowing I have the full support of my family, friends and the country," said McMorris. "The venue looks state-of-the-art, and I'm looking forward to an epic show!"

More on The Style Experience HERE

Tickets can be purchased HERE