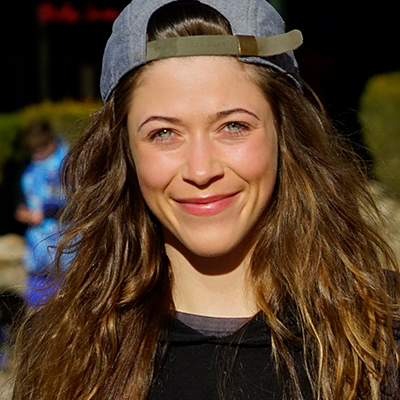 Brooke Voigt grew up in Fort McMurray in Northern Alberta and started skiing at an early age. Under the impression that skiers couldn’t hit the park features, she asked her mom for snowboard lessons, at age nine she was trying it out for the first time. Back then, she lived close to the local ski hill which was really convenient and gave her something to do during the weekends. At 15 she moved to Calgary and is now a graduate of the National Sports School in Calgary, Alberta.

Voigt remembers best her first World Cup podium: she was only 16, competing in a Slopestyle contest in Calgary, Alberta, in which she finished second. To date, Voigt has racked up a total of 9 World Cup podiums, with her most recent medal with a bronze in the 2020 Seiseralm, ITA in slopestyle. Voigt is just coming off a 4th place finish in the 2021 World Cup Big Air in Chur, Switzerland. It's safe to say Voigt looking to make her mark at the 2021 Snow Rodeo as she battles for a spot on the 2022 Olympic Slopestyle Team.

In the summer, Voigt enjoys camping with friends, road tripping around, and hanging with her family. 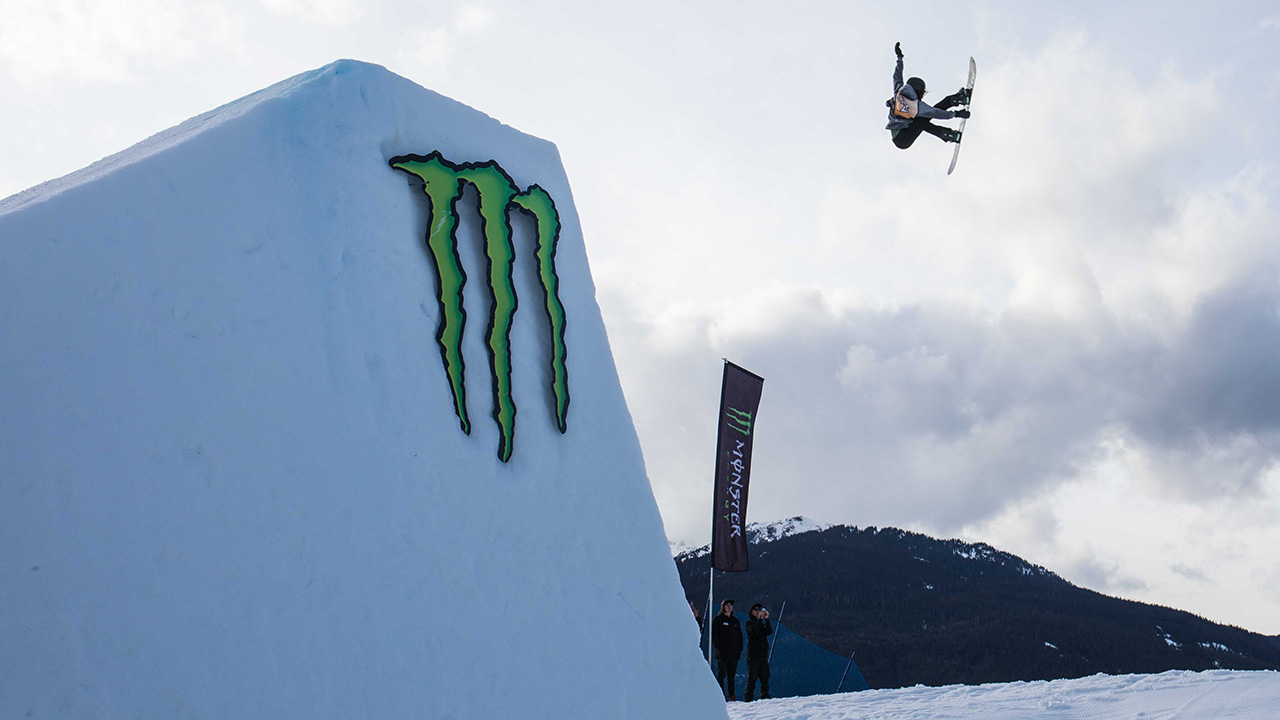 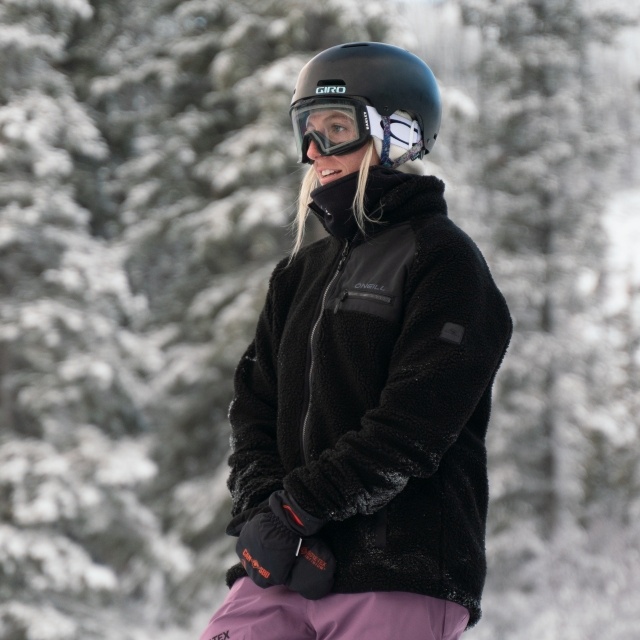 Nearly a year ago today, Laurie Blouin was rocking a cowboy hat on the podium in celebration of her Snow Rodeo Slopestyle World Cup victory.

Its been a long journey for Laurie to get to this point, since she started snowboarding at the age of 6 after following in her brothers footsteps. It was the World Championships in Seirra Nevada in 2017 the world took notice when she was crowned the 'FIS World Snowboard Slopestyle Champion'. In the following year it was the 2018 Winter Olympics in Pyeongchang where through difficult and challenging conditions, Blouin persevered and earned the first female Olympic freestyle snowboarding medal with a silver in slopestyle. Expect good things from this 2x World Champion, 4x Winter X Games medalist, and Olympic (2018) medalist from Stoneham, QC. 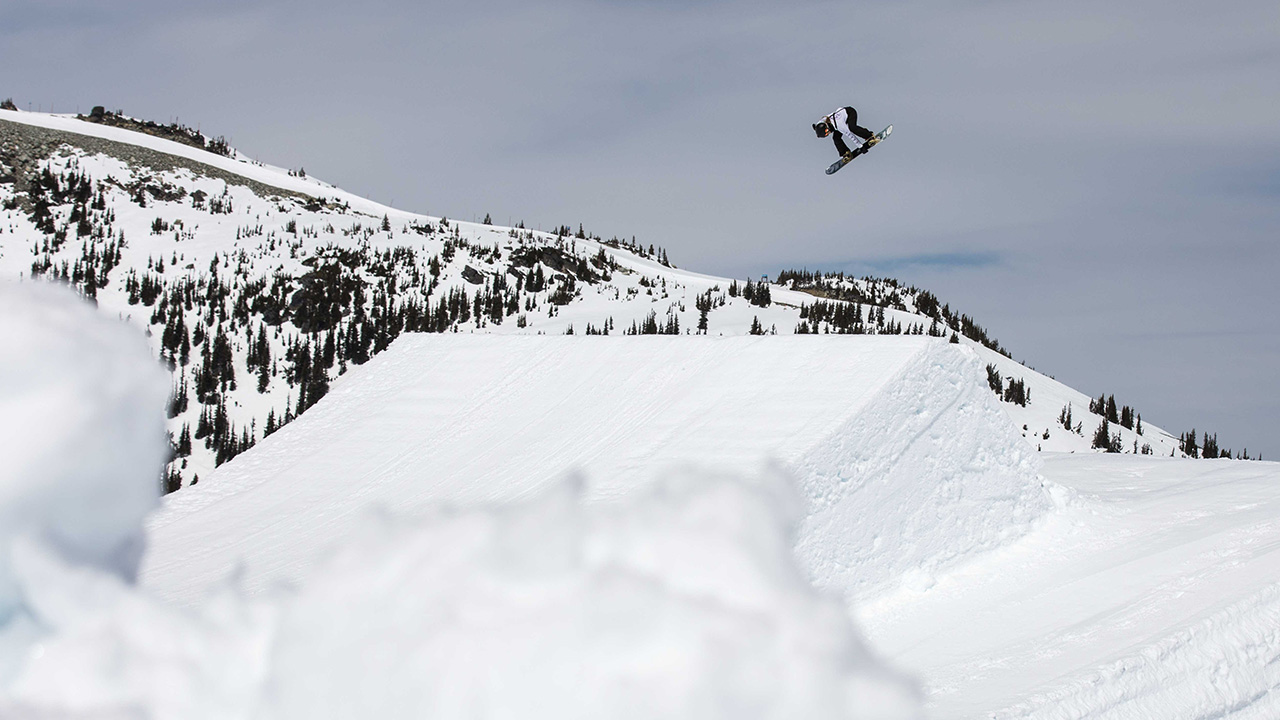 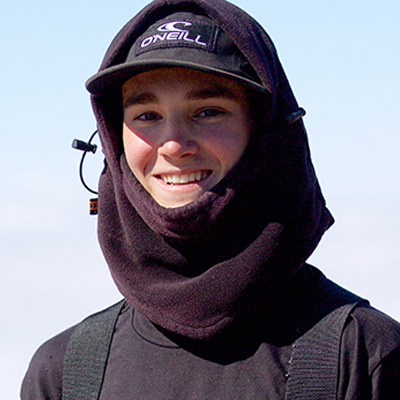 Francis was born in Quebec City and learned to snowboard at the age of 7. Growing up in a city famous in snowboarding for handrail spots, his progression and rail game has quickly evolved. From a win in Slopestyle at Canada Games in 2015, 1st at the 2016 Sport Chek Air Nation Nationals in Slopestyle, 3rd in the FIS Junior World Championships in 2016 and a recent 1st place performance in the Hot Dawgs & Handrails event at Bear Mountain, California. Jobin's most recent achievement was a 4th place in the 2021 Silvaplana, Switzerland World Cup in slopestyle. This guy has an arsenal of tricks that would make you think twice before challenging him to a game of SNOW. When he is not on snow he is often skateboarding, mountain biking, fishing, or camping. Keep your eyes out for Francis to add to his already heavy arsenal of trickery for the 2021/2022 season! 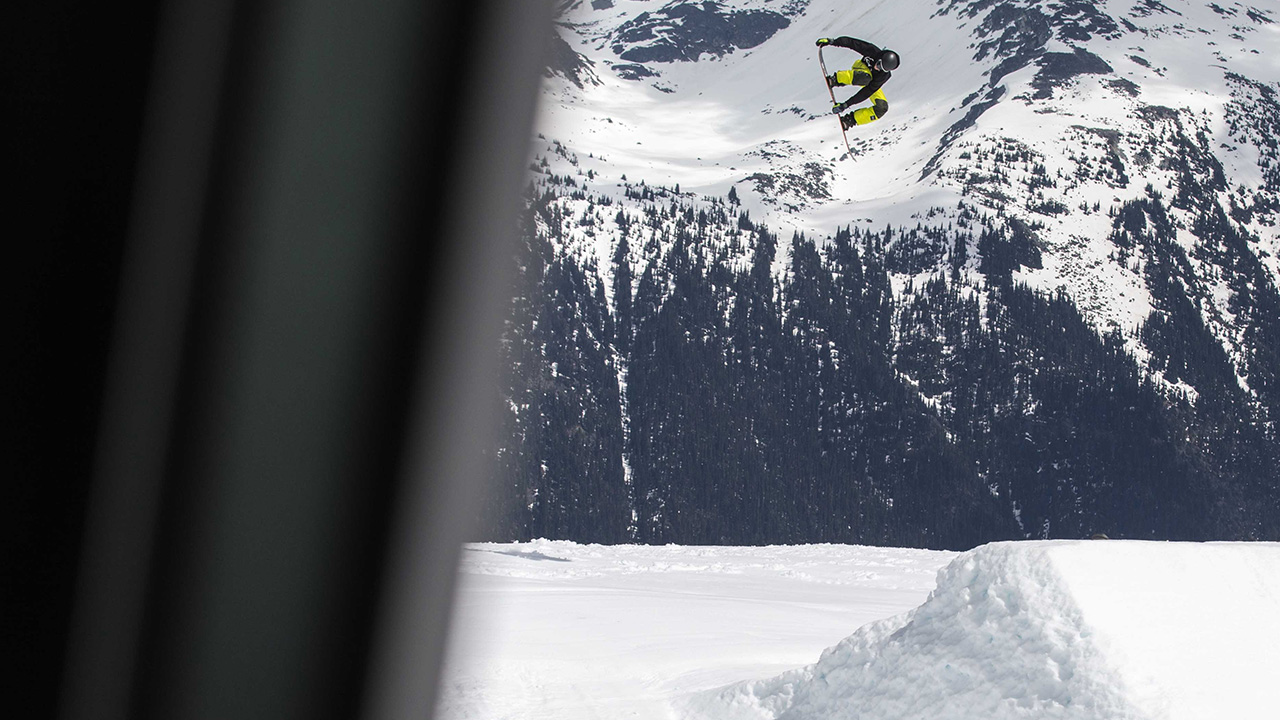 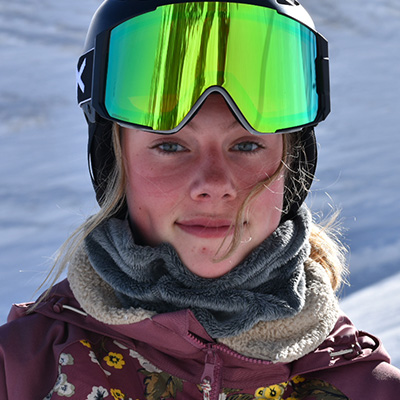 Born in Calgary, Alberta Brooke took to the  snow at a very young age. After ditching her skis for a snowboard at the age of 5, she has never looked back. Riding with various clubs out of Lake Louise and Winsport in Calgary Brooke has enjoyed competing in all the snowboard disciplines. When not on her snowboard Brooke enjoys skateboarding, mountain biking, and working out in the gym. Brooke is a student of the National Sports School in Calgary, that is unique in the sense of catering the academic pursuits with athletic endeavors. Brooke most recently placed 15th in halfpipe at the 2021 Copper Colorado World Cup and 18th in halfpipe at the 2021 World Snowboard Championships in Aspen, CO. Some of Brooke’s 2018/2019 highlights include a win at the Burton Junior Jam at the US Open, 13th at the US Open,  Sport Check Air Nation Senior and Junior National title, 1st at the Mammoth Rev tour stop, all this earning her the Overall Nor Am Cup for the 2018/2019 season. Brooke is looking to continue progressing her riding this upcoming season with the goal of making the final at the Burton US Open. 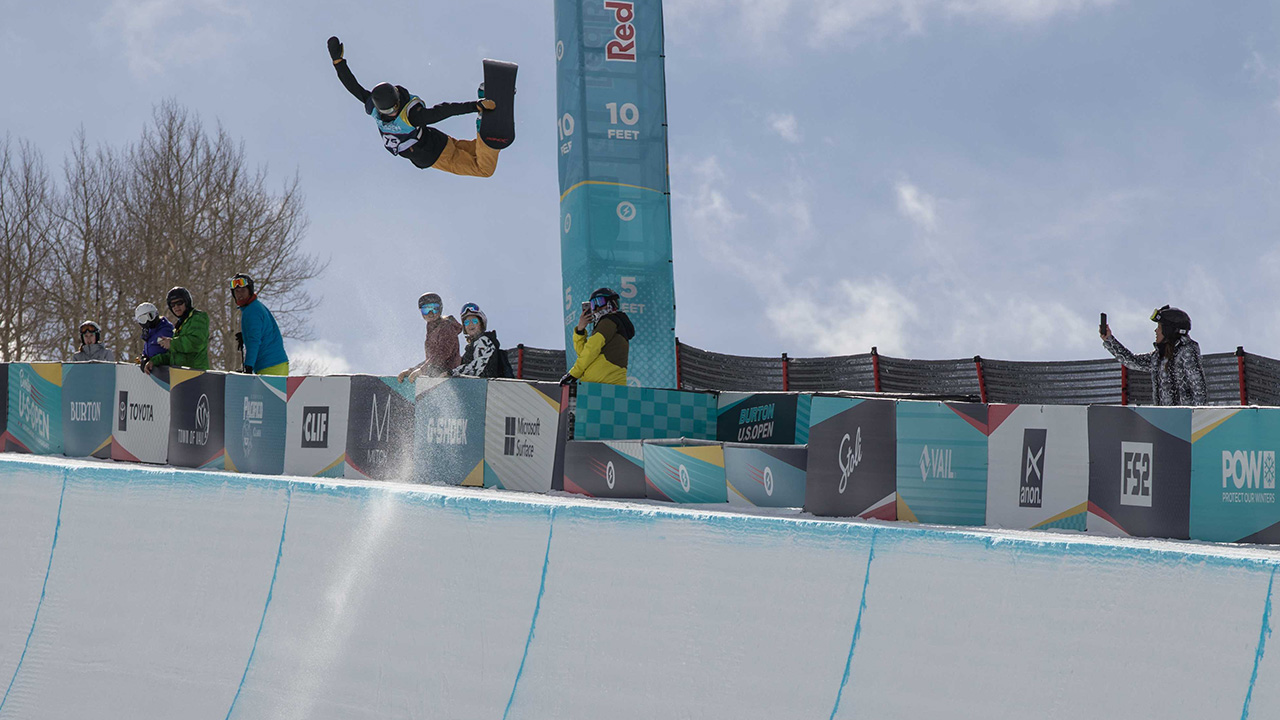 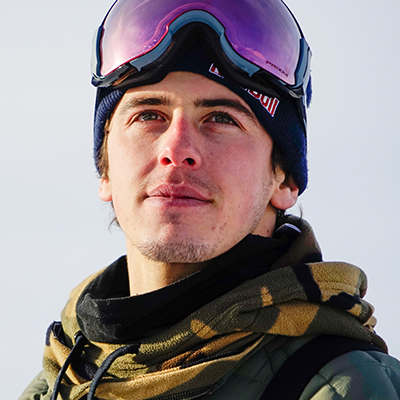 Mark McMorris started snowboarding at Mission Ridge Winter Park near Fort Qu’Appelle, Saskatchewan, a province where no one would expect a snowboard star to grow in. But at one point, McMorris needed a bigger challenge and started to travel in between Alberta and Saskatchewan every week-end to ride at Banff or Lake Louise. For what started as hobby quickly grew into a fulltime passion.

In wasn't long before he commanded the worlds attention as the first rider to land a backside triple cork 1440, getting exclusive invites to Travis Rice game changing projects 'Art of Flight' to being crowned the winner in the novel Natural Selection contest at Jackson Hole this past year and so much more. His ability to ride all terrain from street, park, transition to backcountry is truly uncanny, making Mark one of the most well-rounded snowboarders in the world. Wins and successes aside, what makes Mark truly incredible, is his ability to bounce back through serious and even life threatening injuries. 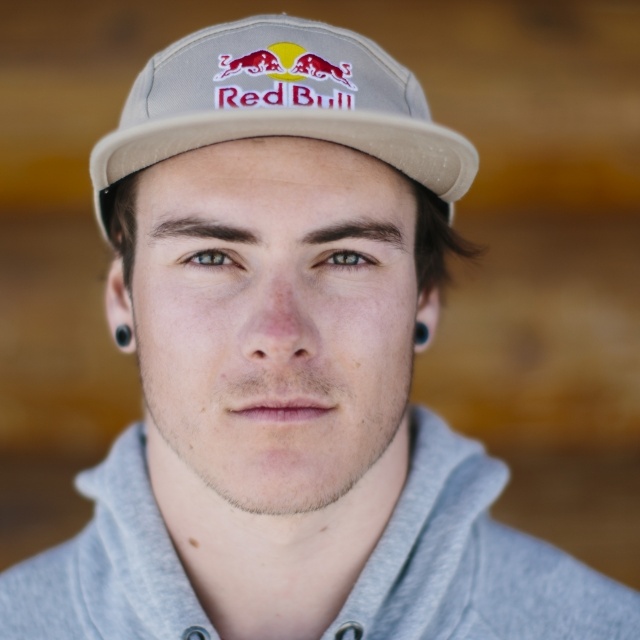 At the age of 9 years old, Seb broke his pair of skis and picked up his brother’s old snowboard. A few years later at the age of 13, he went on his first film trip with Sunset films to Mount Hood where, at that time, he did tricks on the biggest jumps he had ever saw.

Seb, known as Seb Toots, has been a big contender on the contest circuit since his first win at the 2006 Empire Shakedown at Mount Saint-Sauveur, Quebec, just a mere hour away from his hometown. Toutant's backside double cork 1080 axis (also known as the tootsy roll) really put him on the map. For what started as a few victories has amounted to 4 Shakedown titles, x7 Winter X Games medals and an Olympic Gold in the first ever Olympic Big Air event in Pyeongchang 2018 to date.

Toutant's trajectory in snowboarding is rare and respected for his ambition to film full snowboard parts while balancing heavy contest demands. His talents reach just about anything he touches, follow the guy on social to witness greatness.

Seb loves to eat sushi, Thai food and to play a good poker game with his friends. When he is not riding his board, he likes to do sports that will help him progress as an athlete such as skateboarding and wakeboarding.

"Traveling the world since I was 13 has been the best decision I've made." - Sebastien Toutant 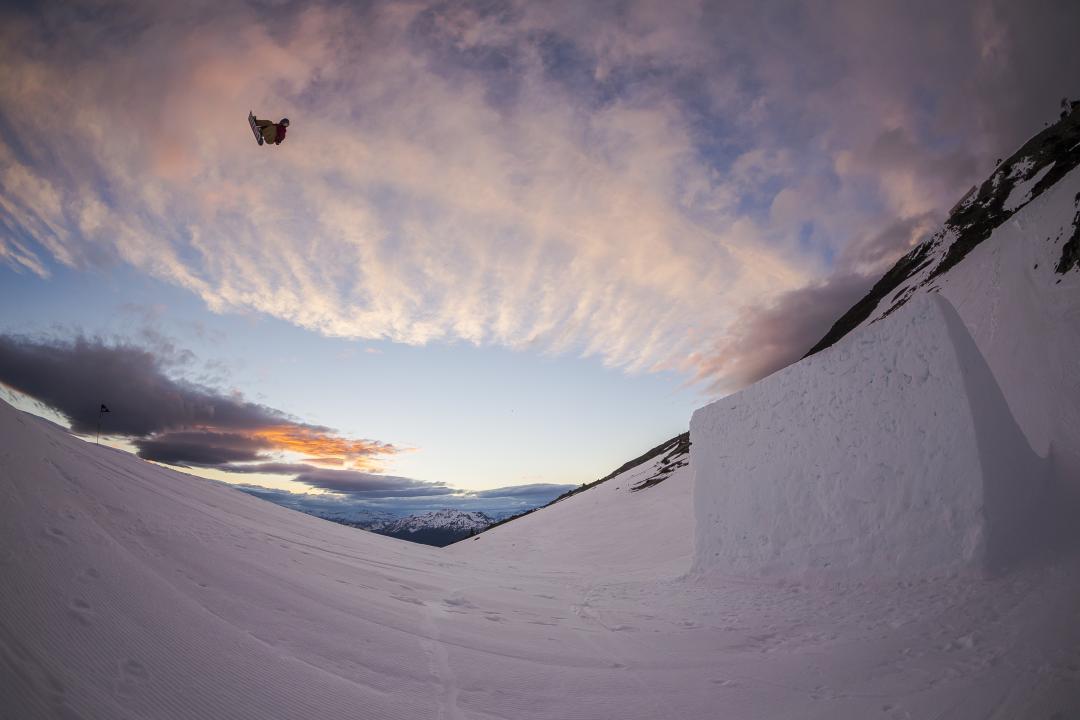 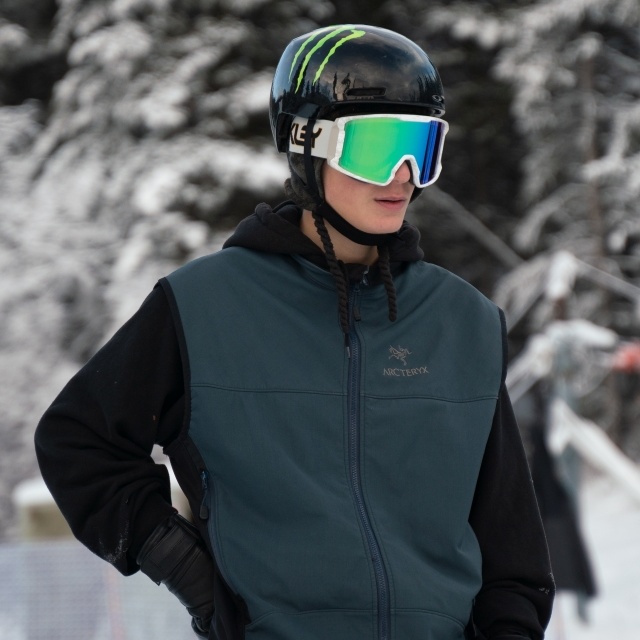 Finn Finestone born and raised in Whistler, BC is an up and coming rider looking to make his mark among the world's best. He's known for keeping his tricks smooth and stylish and he's got an arsenal of 1440's including a triple cork variation to boot. As a side note he's also an incredible mountain biker, one would say he's really working towards mastery no matter the season. Keep an eye out for this multi talented young shredder. 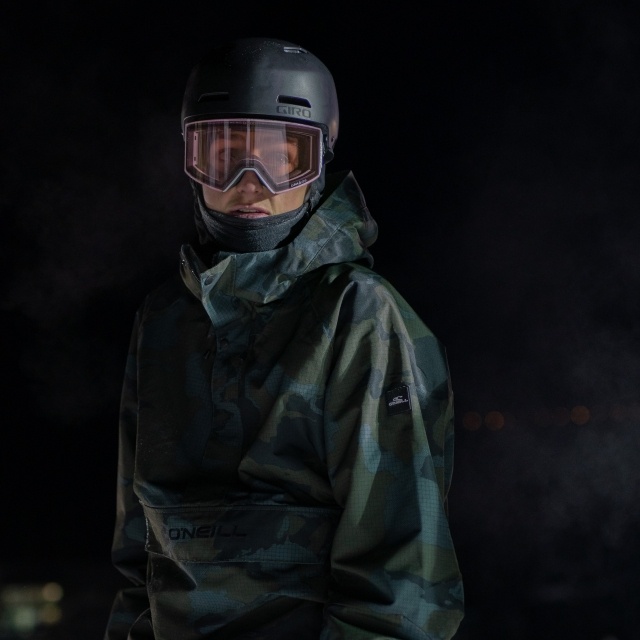 Your 2020 Snow Rodeo Slopestyle bronze medalist, Mr. Brearley will be back at it again as he looks onwards to fight for a position on the 2022 Canadian Olympic Team. Brearley has just about every trick under his sleeve and has the ability to upset any contest podium he enters. Brearley excels in his ability to ride transition features where most slopestyle riders tend to show weakness. To illustrate this he managed to podium in all 3 events (Slopestyle, Big Air, Halfpipe) at the Leysin, SUI for the 2020 Youth Winter Olympic Games. Brealery now has two World Cup podiums under his belt and is undoubtedly on the hunt for more. 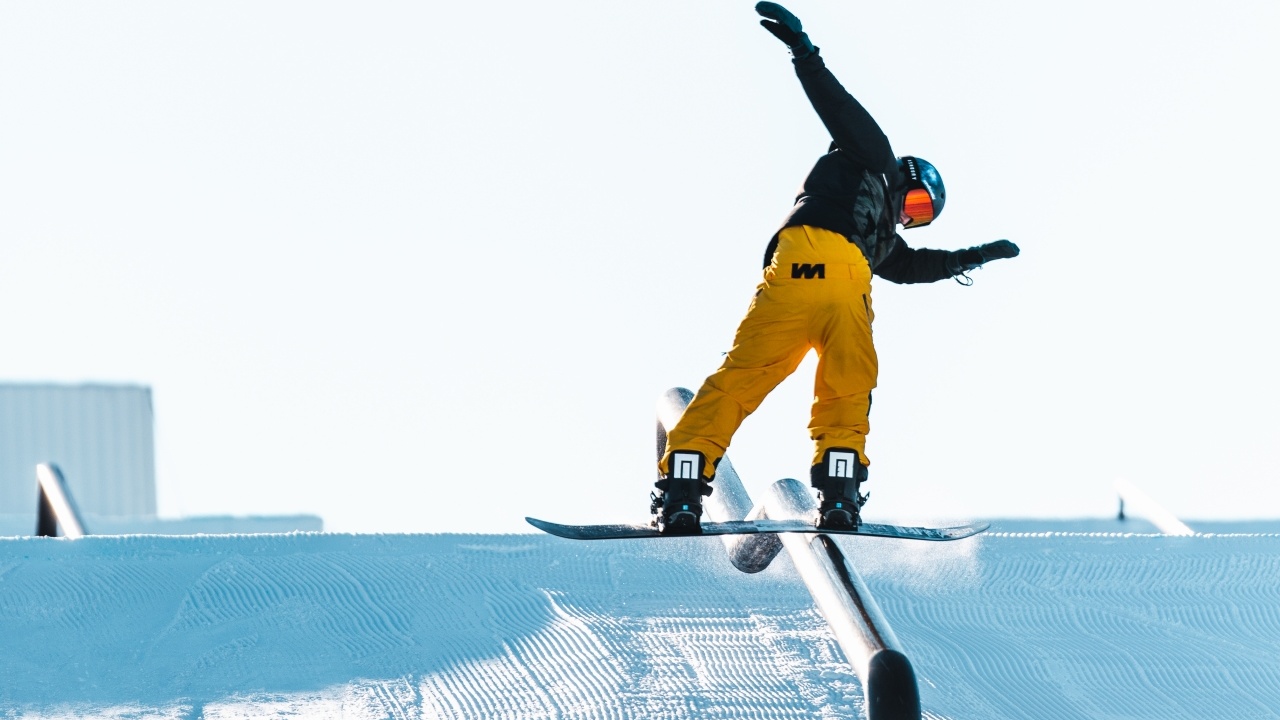 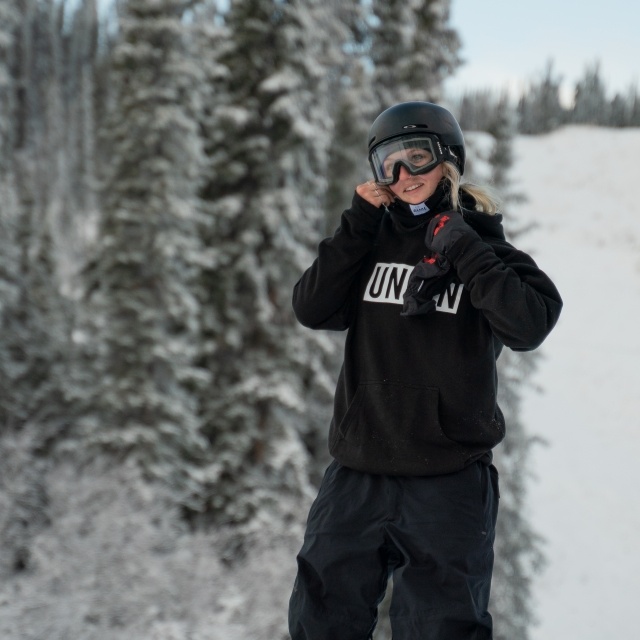 Coming off a recent podium high with bronze in the 2021 Big Air event in Chur, Switzerland, Jasmine now holds two world cup medals to date. It wasn't long before where she achieved bronze in slopestyle at the 2019 World Cup in Seiser Alm, ITA. Baird is becoming more and more familiar, among the worlds best and we are excited to see how far she will go. Born and raised in Mississauga, ON, Jasmine Baird began snowboarding when she was 3 years old with the Beaver Valley Ski Club. When she is not on her board she enjoys skateboarding, gym time and yoga. Keep an eye out for this one. 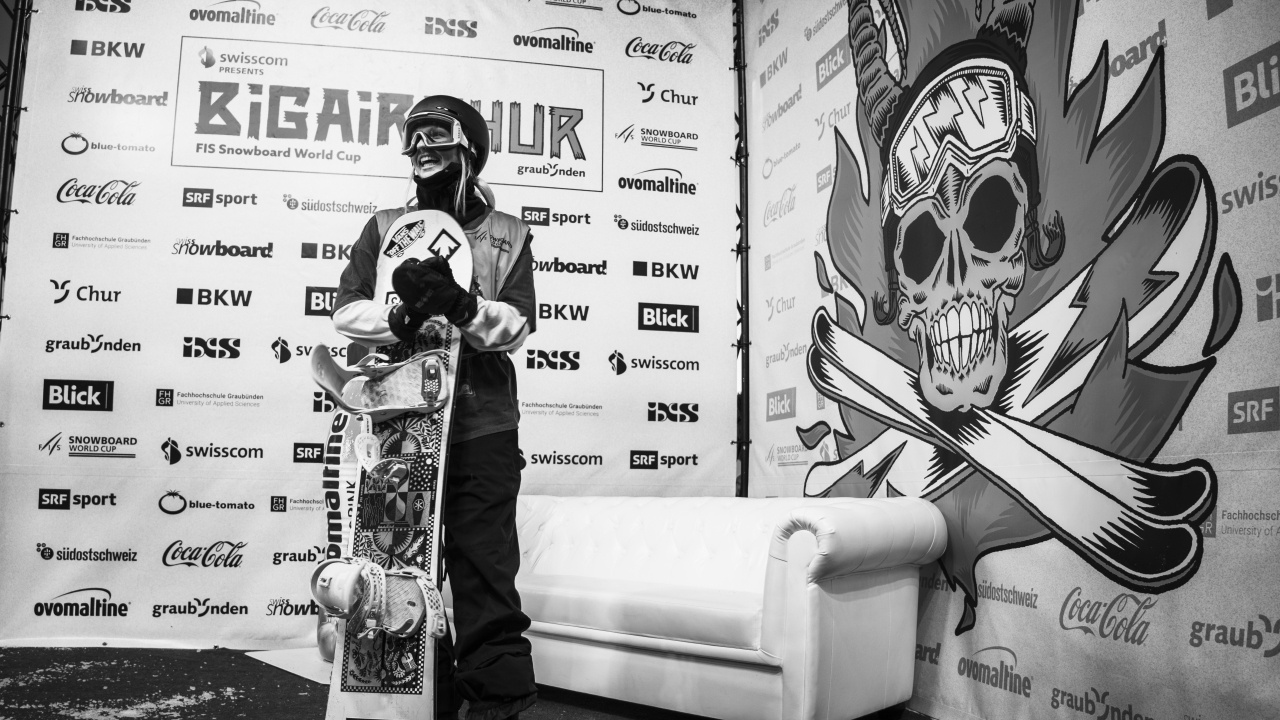 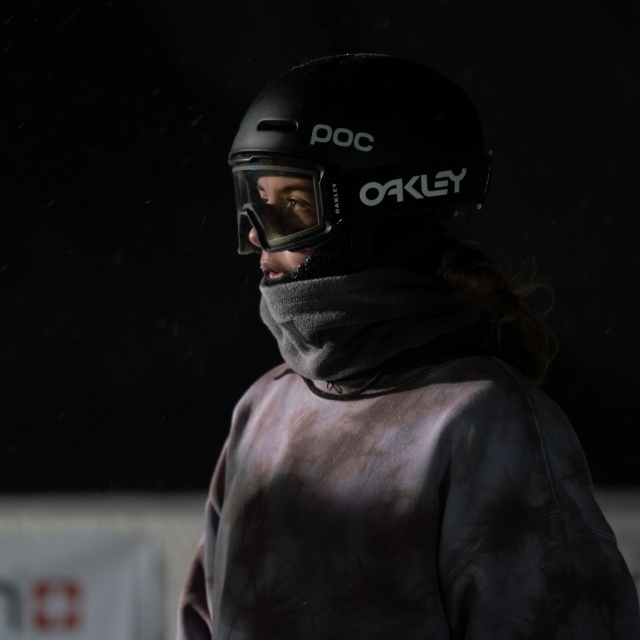 Born and raised in the rugged mountains of Whistler, BC, Juliette has developed a strong foundation of mountain riding skills that goes far beyond park terrain. Her former training with the Whistler Valley Snowboard Club has supported her in her development and being raised by a snowboard Wildcat legend, JF Pelchat, might help. One thing is for sure: Juliette's progress is joy to watch as her trick arsenal is built on a solid foundation of clean execution and style. At the young age of 17, Juliette has a very promising future. 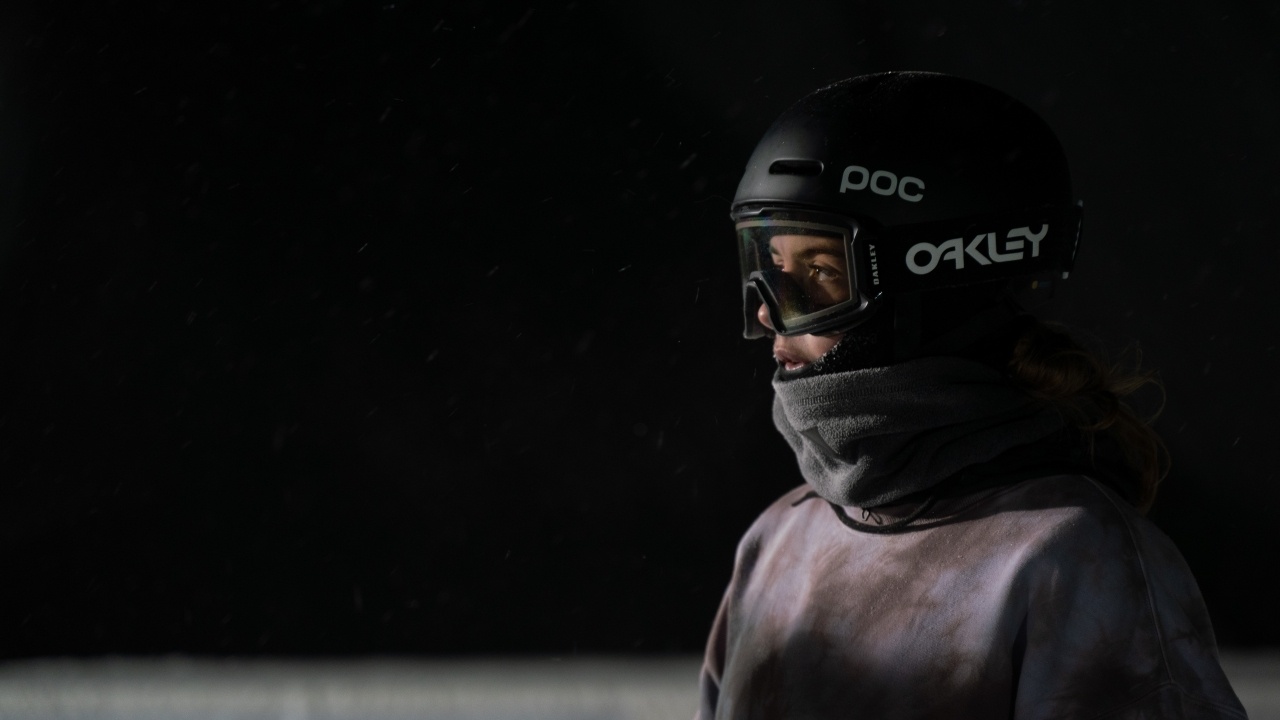 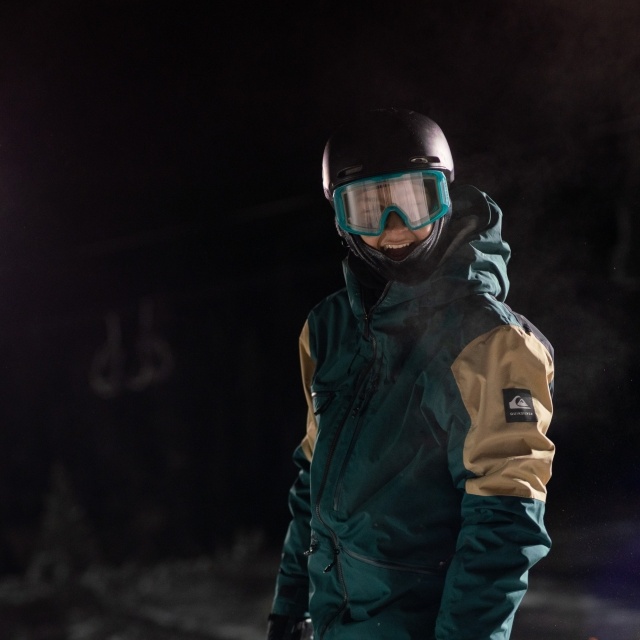 This Ontario rider is progressing at hyper-speed. He holds an impressive bag of tricks from a wide ranging variety of jump tricks to meeting the demands of finessing the technical nuance one's. He seems to have an uncanny ability to remain on his feet, even when a mistake (albeit rarely) is made. Call it what you want but this cat-like skillset, ability, or superpower seems to hold the power to consistency. Spalding most recently placed bronze in the 2020 Junior National Championships in slopestyle. Spalding is building for the future. 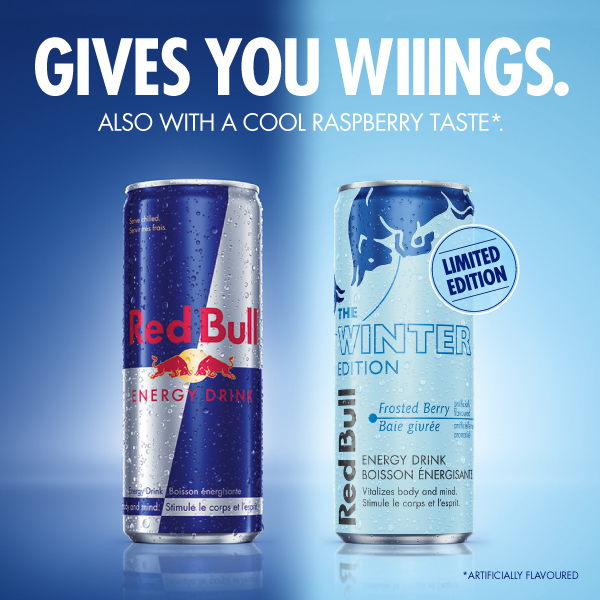 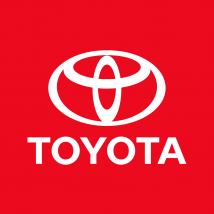 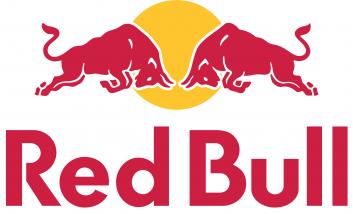 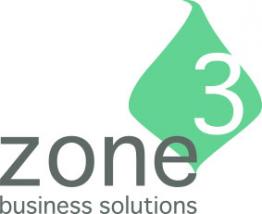 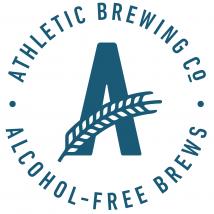